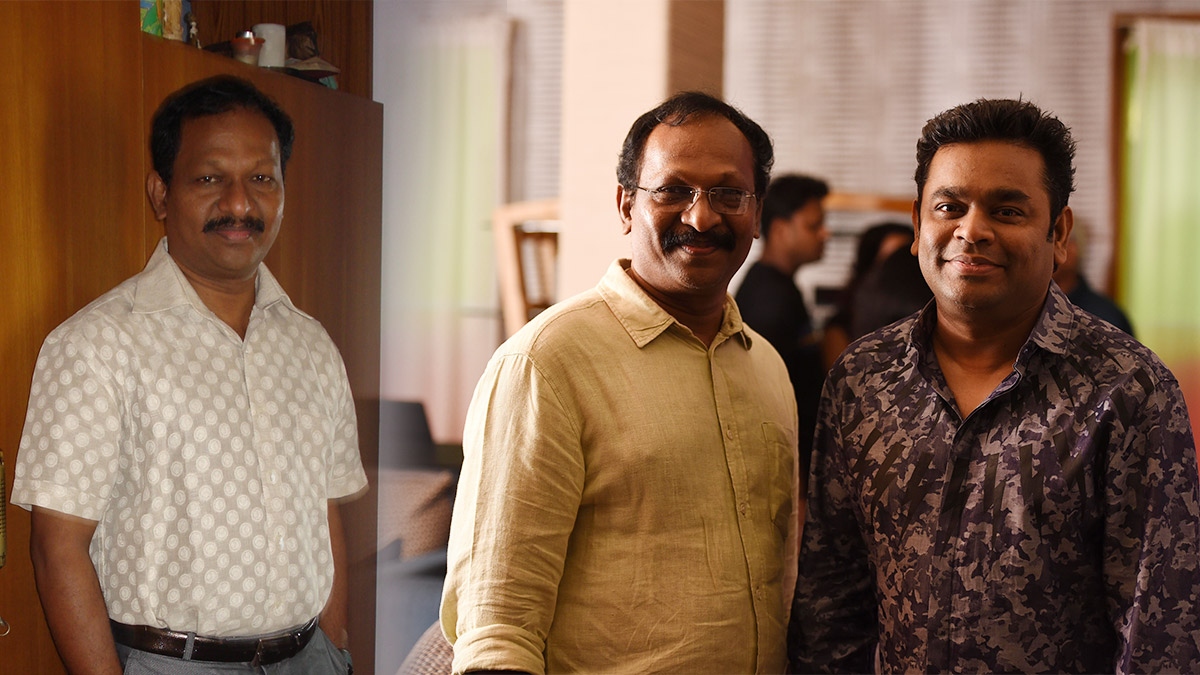 The Public Relation Officer role is of much importance in the film industry but ironically is seldom publicized.  It is these men and a few women who spread the word about a film right from its launch till its release and even beyond that.  One such stalwart in Kollywood is PRO Johnson a veteran who has served Tamil cinema for thirty long years without a blemish. 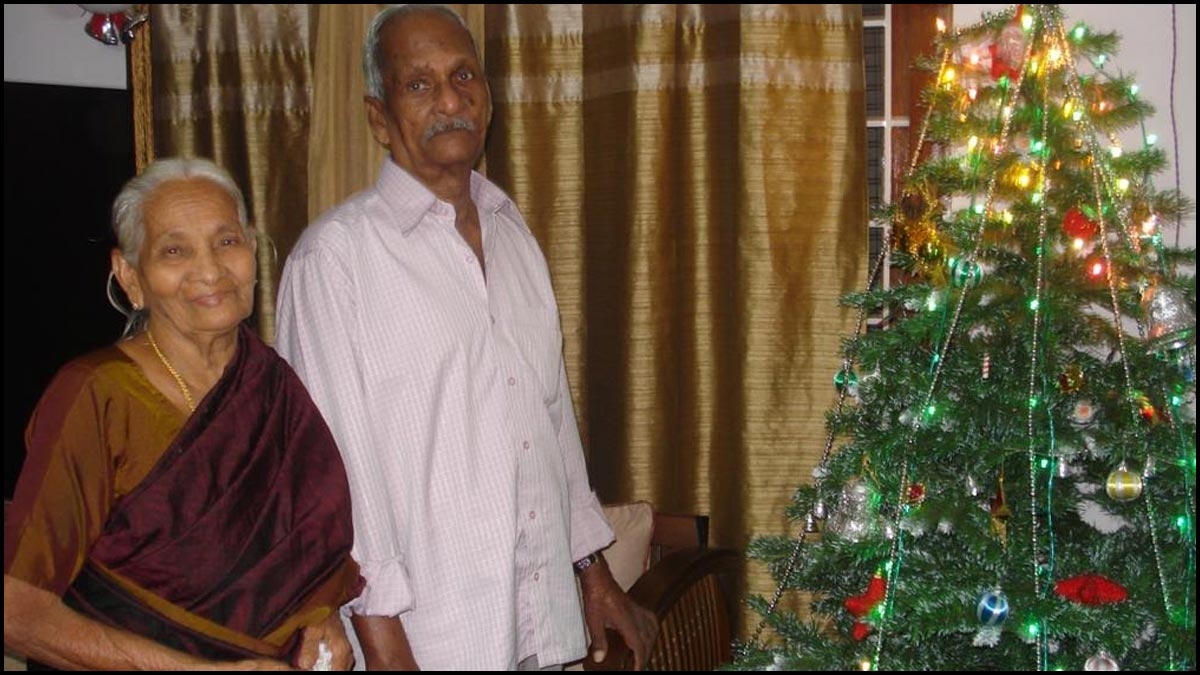 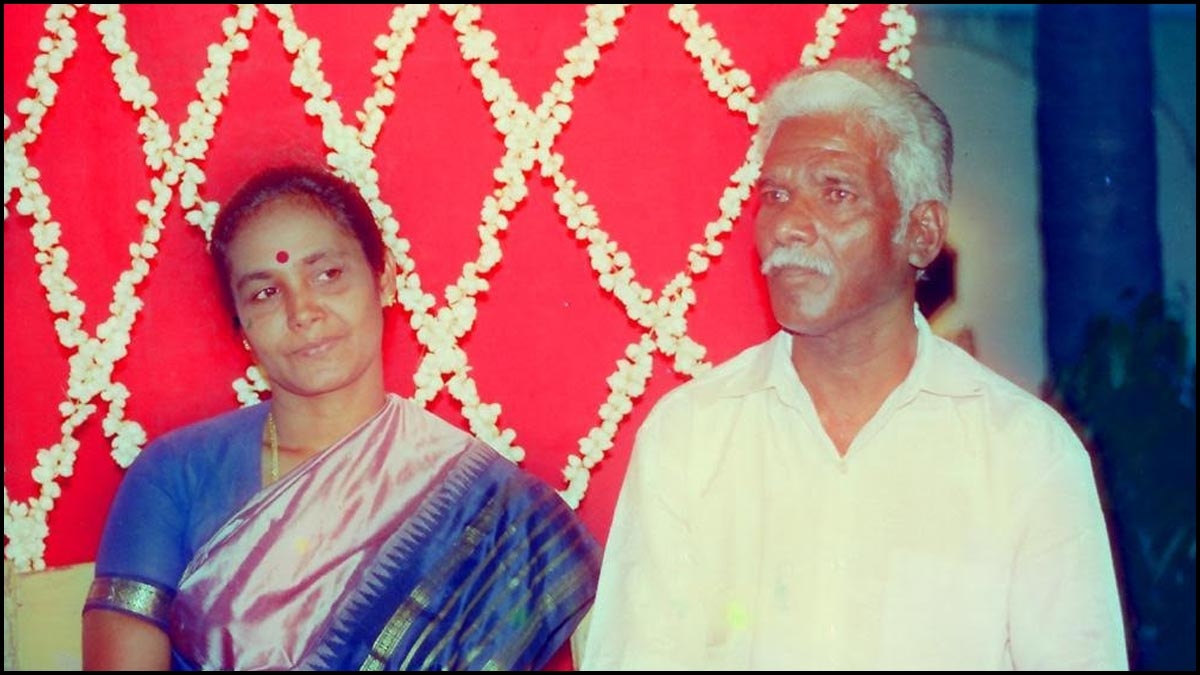 Johnson who hails from Nagercoil is the seventh child to his parents father K.G.A.John (ex-naval officer ), mother Johannal.  He developed individuality at a very young age and was distinct from his siblings and that is in fact what has helped him in his profession in later days. 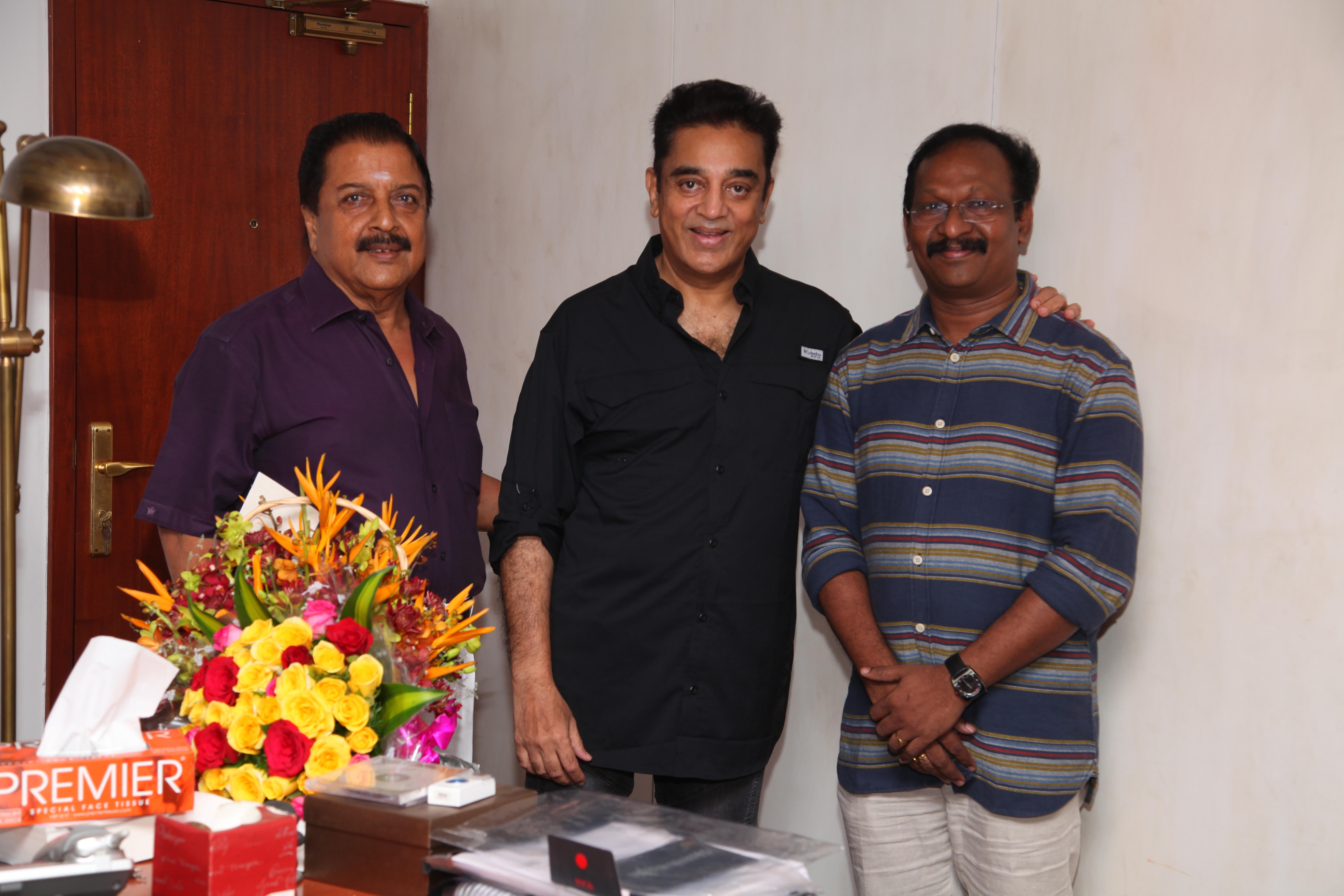 Johnson aspired to be a filmmaker and he especially wanted to assist R. Parthiban and with that sole intention, he discontinued his studies and made his way to Chennai where he stayed with other young bachelors to try his luck.  However, as destiny would have it he met Kungumam magazine editor Paavai Chandran who not only absorbed him into the magazine world but also instilled in him the habit of reading books and writing articles. It was in this capacity that Johnson started writing snippets about films that had Nellai Sundarajan as the PRO.  Political reporter M.Rajaram (fondly known as MR) the editor/reporter of Dinamalar turned producer for a movie ‘Oru Puthiya Kathai’ for which he entrusted Johnson to individually handle the PR which kickstarted his long journey in the year 1989.  The film marked the debut of child artiste Meena as heroine.  He adopted a new technique of first getting the heroine of the film to reach the people by convincing his reporter friends and managing to publish her photo thrice on the wrapper of the prestigious Kumudham magazine.  This was not an easy task at the time. 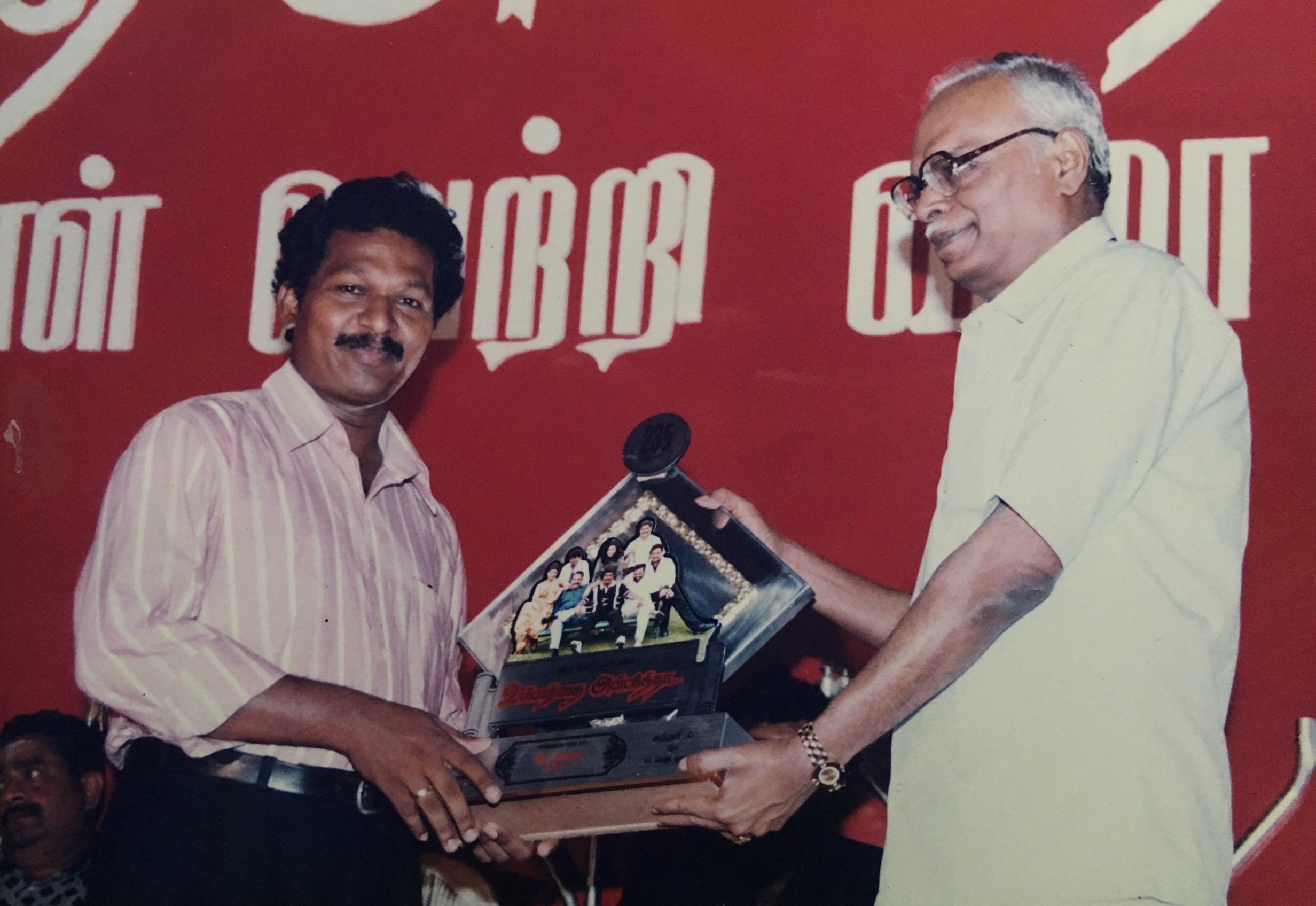 Makkal Kural Ramji then introduced Johnson to legendary producer Panchu Arunachalam who was in the process of producing the Rajinikanth, Meena, Roja starter ‘Veera’.  Johnson suggested to the producer that it would help market the film big time if Rajini himself announced in the press that he is reuniting with Panju after twenty years.  The producer accepted the suggestion even though Johnson was a novice in the field and spoke to Rajini who readily agreed and spoke to the press which garnered huge publicity for the film much before its launch. 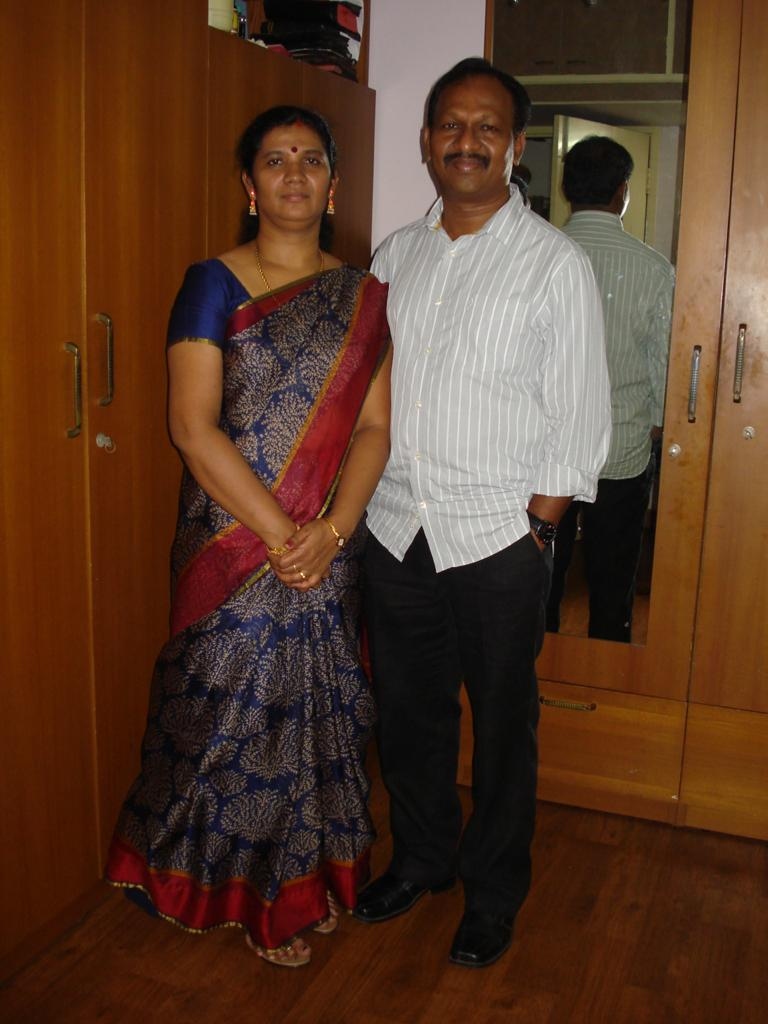 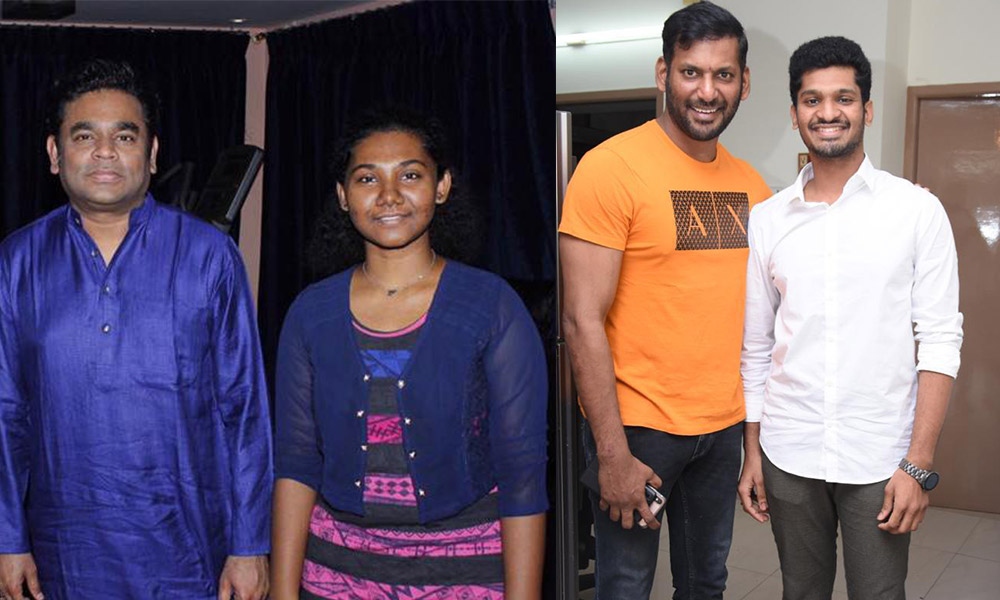 ( Daughter H.M.Ahilma with ARR and Son H.M. Mahil with Vishal)

There was no looking back for Johnson after that and what is more, is that it was the same year that he got married to his wife H.J. Mano and immediately got to work in  ‘Veera’ the biggest film in his career.  He attributes Navarasa Nayagan Karthik for whom he was a personal PRO for recommending many films for him and so did Amma Creations T. Siva and he is thankful to both of them. 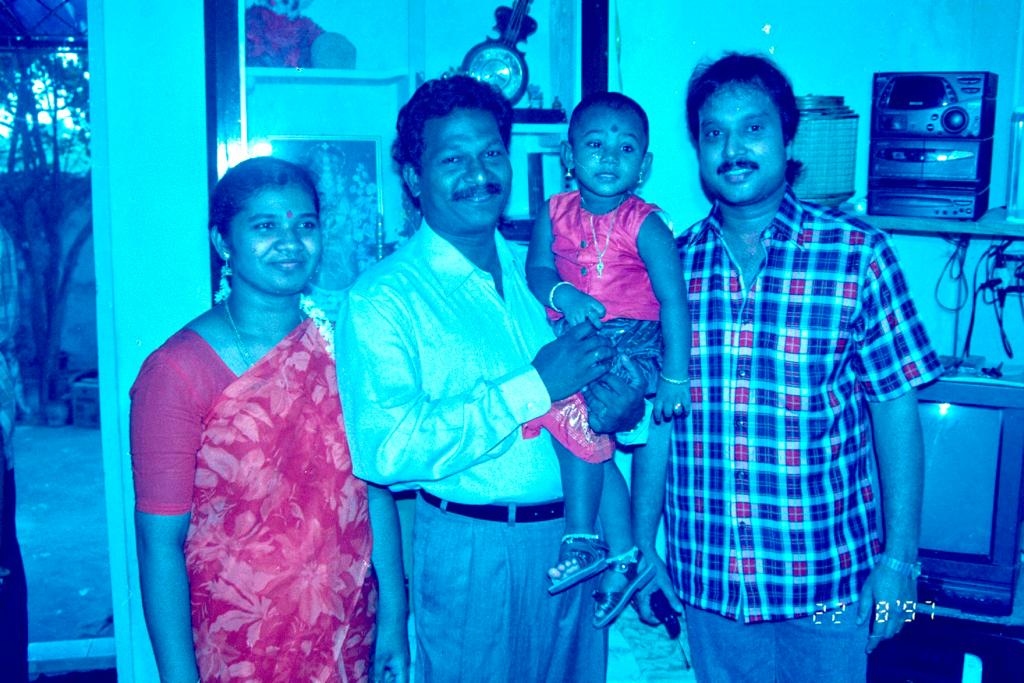 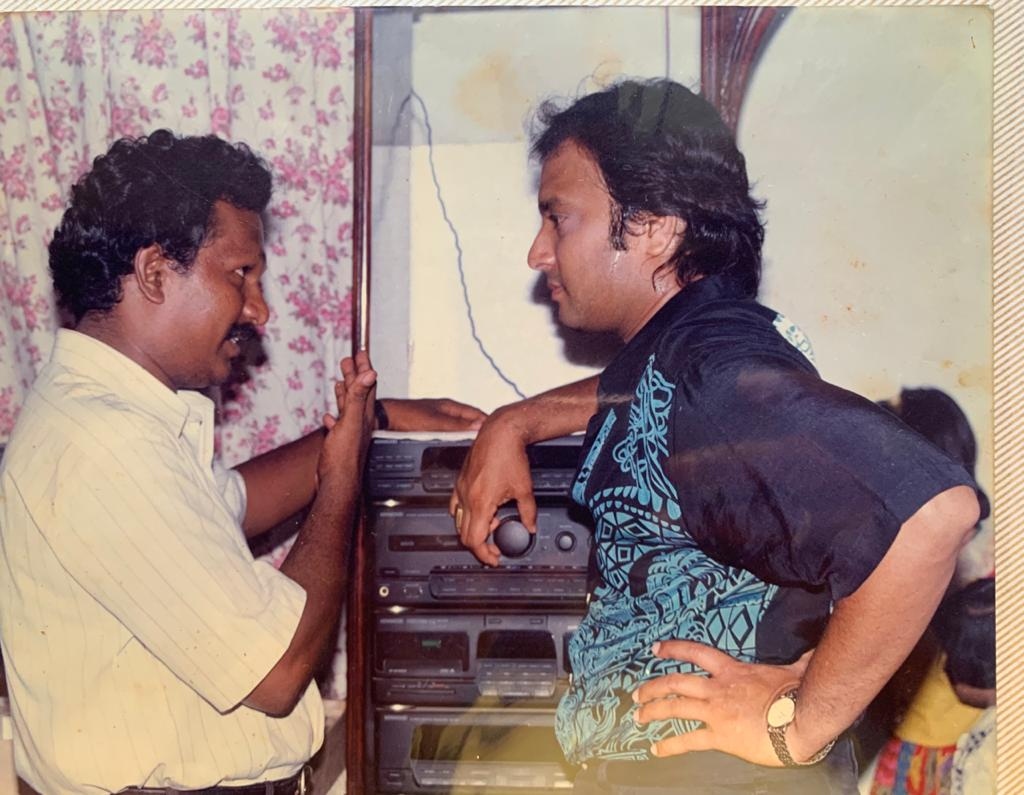 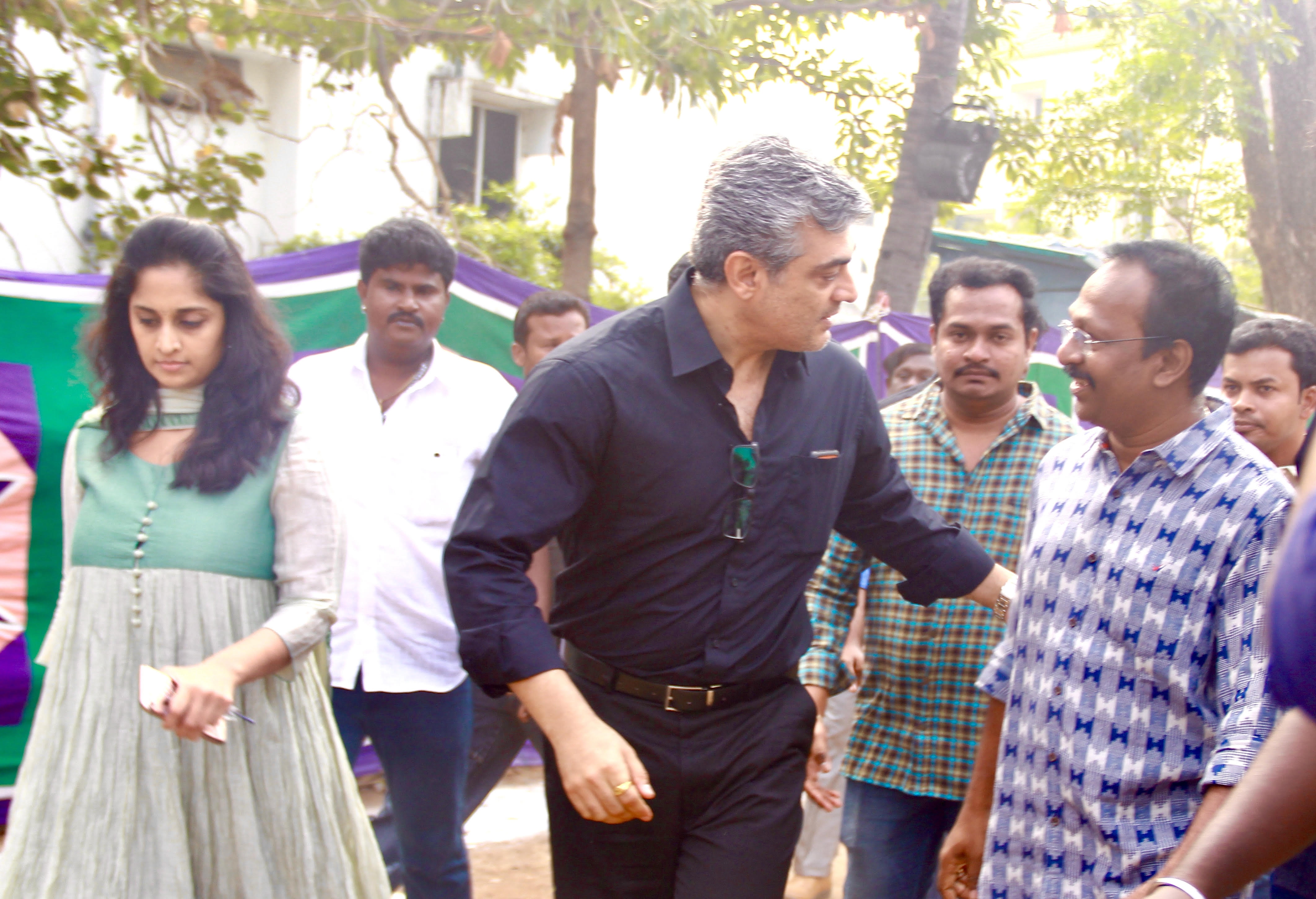 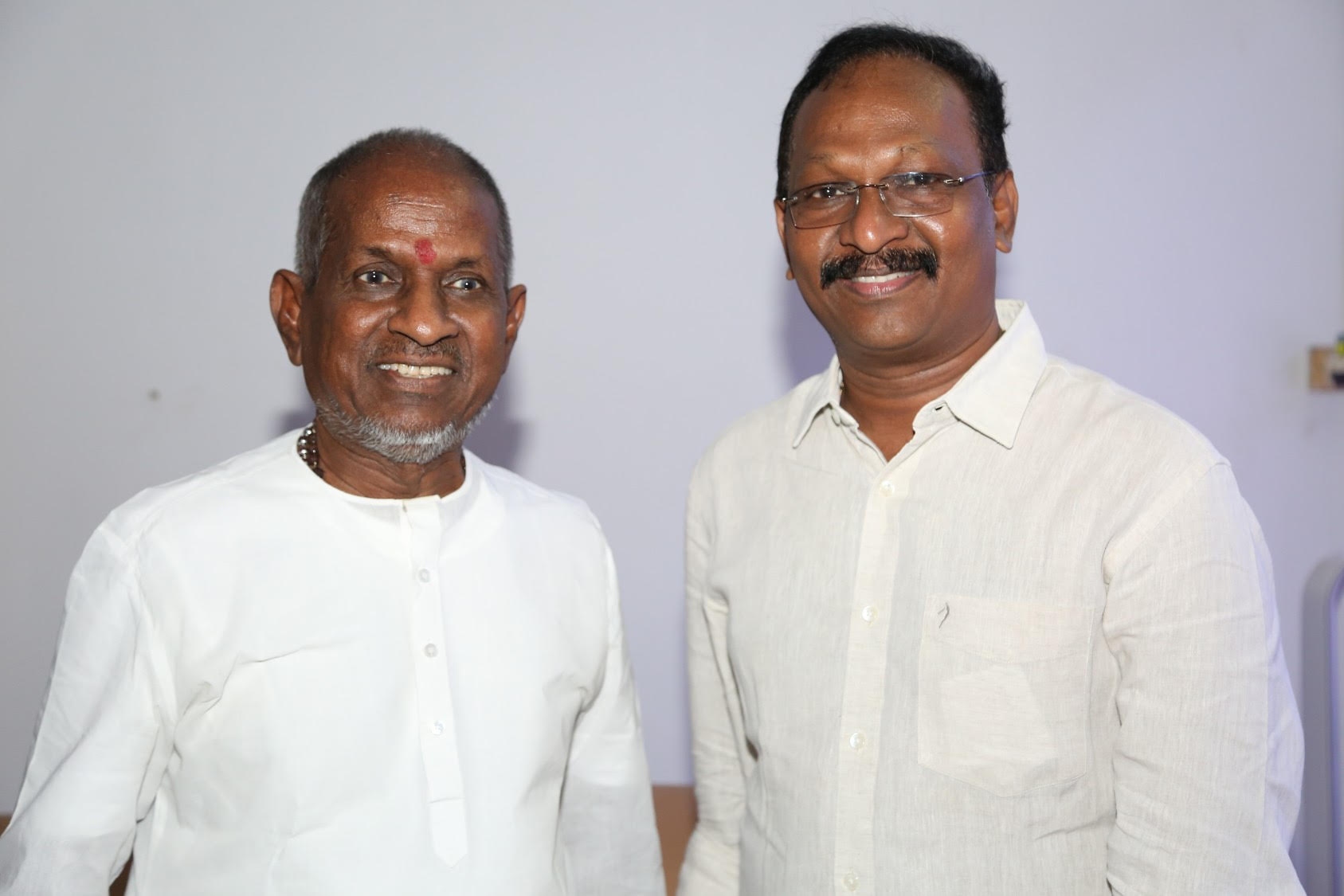 Over the years Johnson has worked in a staggering 1200 films which include dubbed ones for which he used innovative promotional strategies to find favor with the audiences and most of them turned out to be huge hits such as Vijay Shanthi’s ‘Bharat Bandh’ and ‘Lockup’.  Nayanthara, Anjali, Remya Nambesan, Meera Nandhan, Shreya Reddy, and Vinay were introduced by Johnson to Tamil cinema. 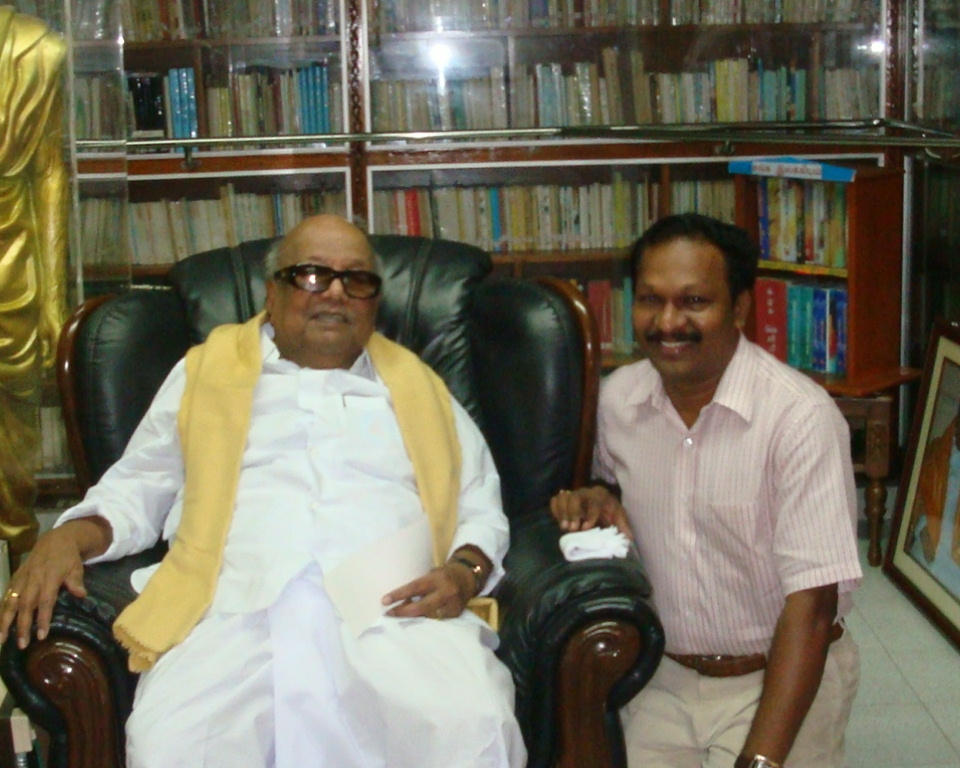 Johnson was the PRO for the first film that Thalapathy Vijay worked outside his home banner which was ‘Vasantha Vasal’ produced by MR and he considers it as a personal milestone.  He has also worked as the personal PRO of Vikram, Dhanush, Jayam Ravi, Jeevan, S.J Suryah, Prabhu Deva, Raghava Lawrence, Aadhi, Rahman and Shruti Haasan among others. 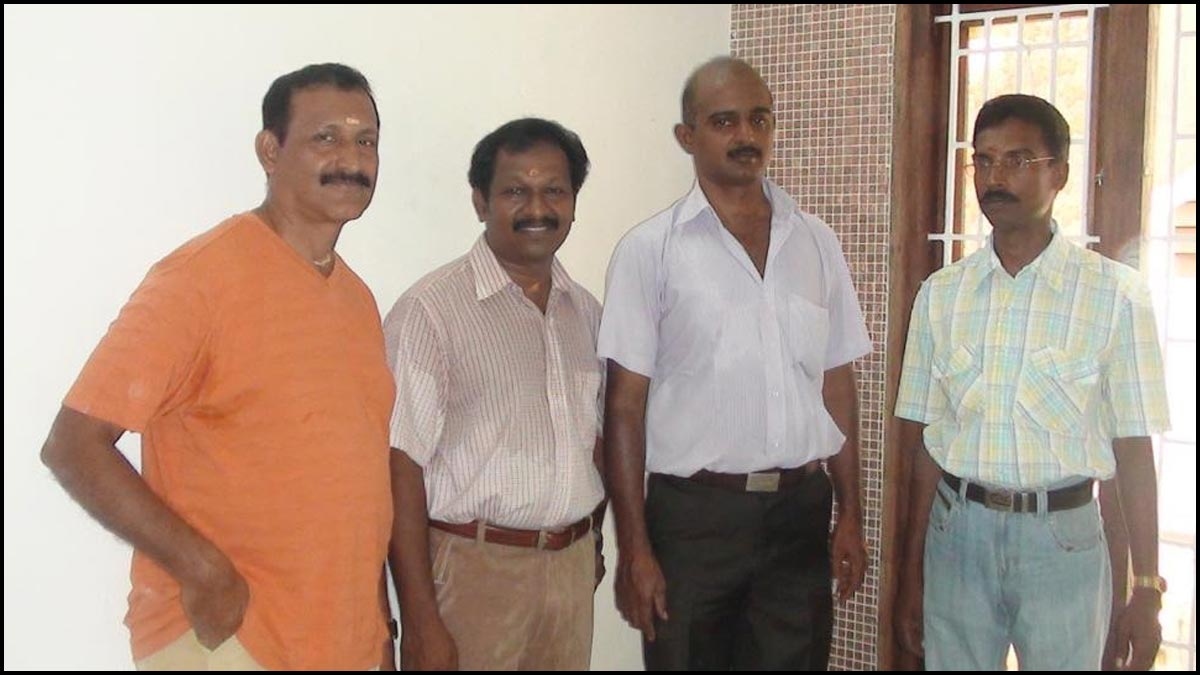 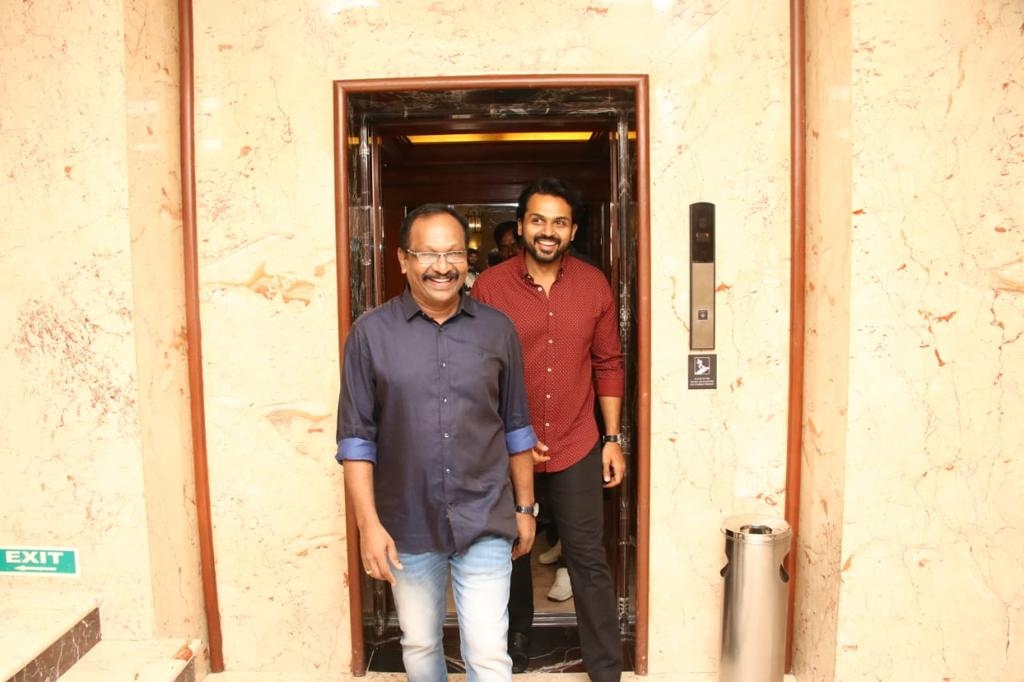 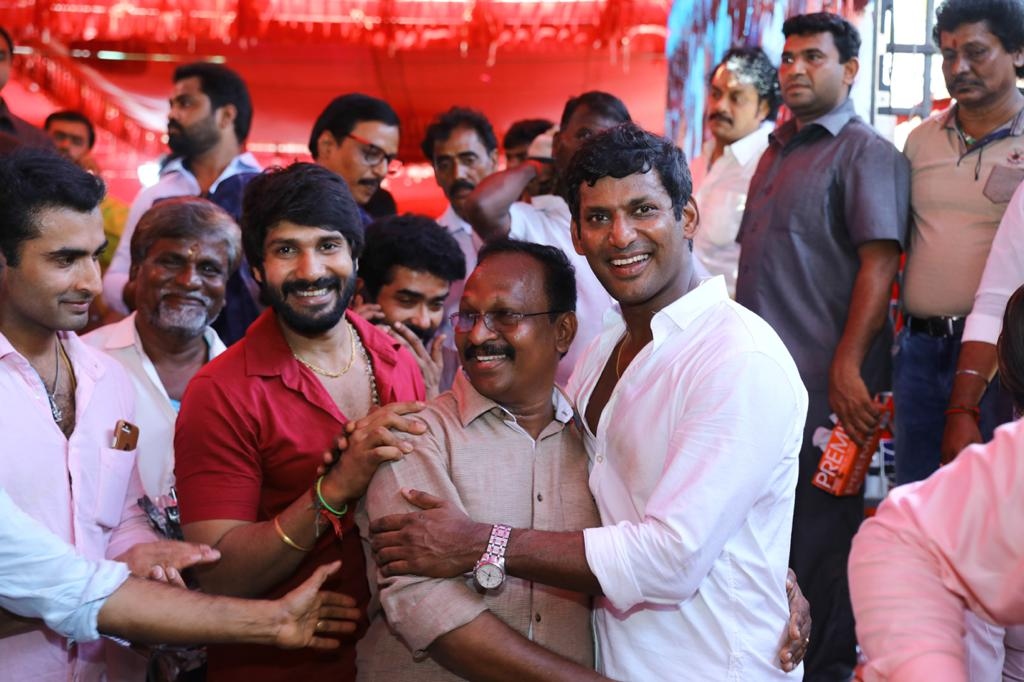 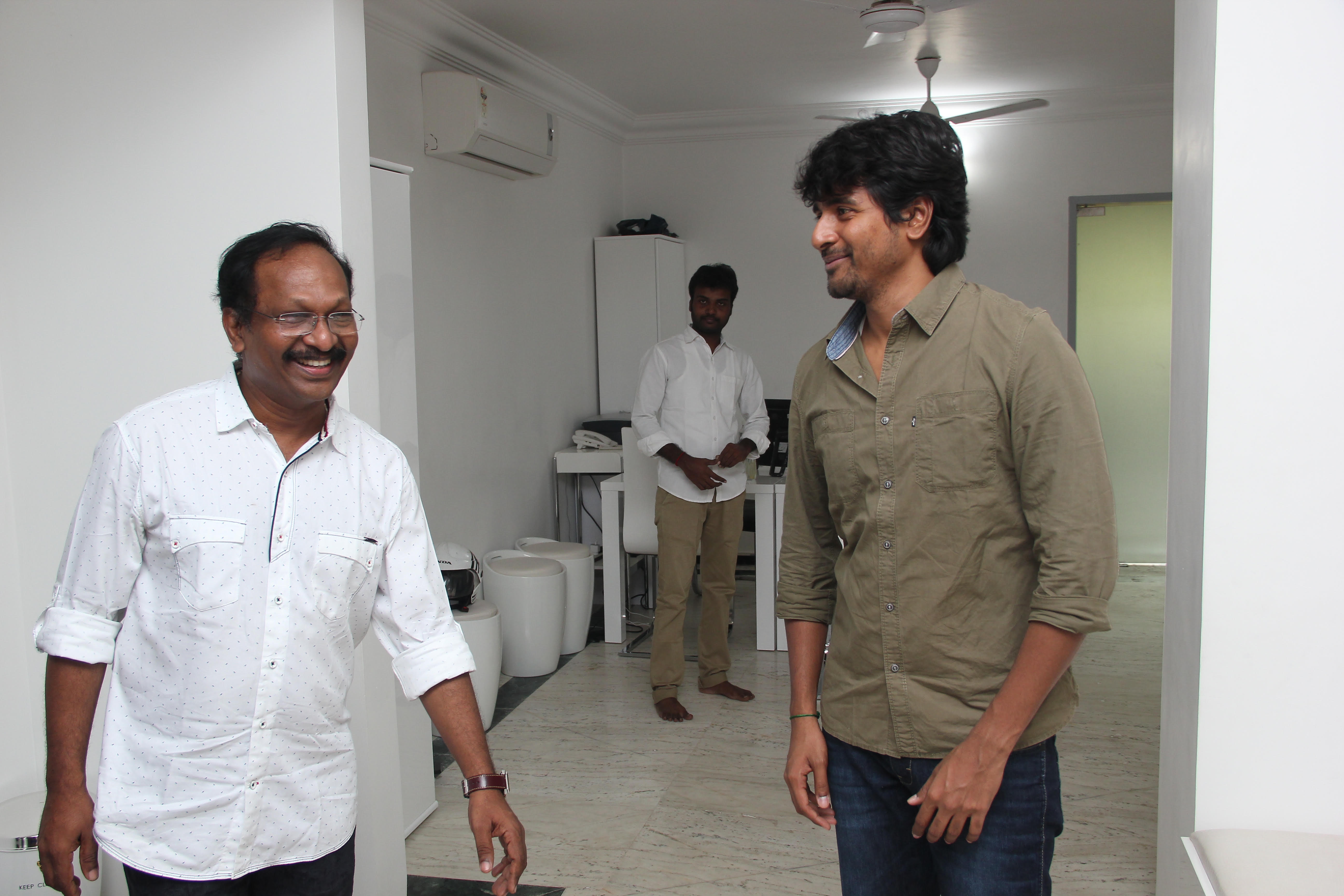 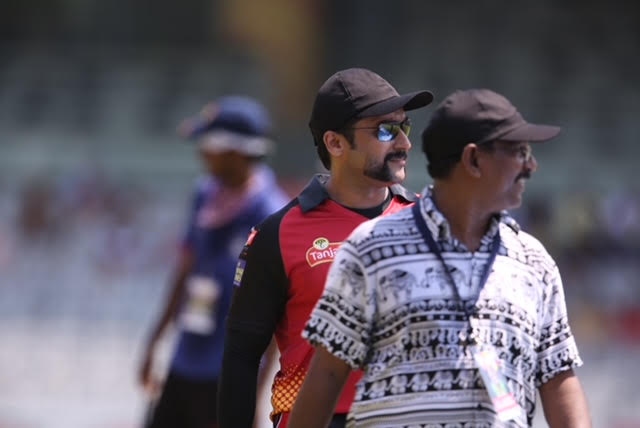 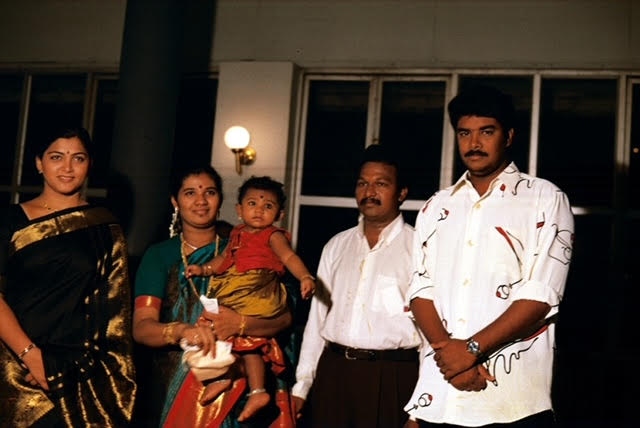 What shows Johnson apart from others is his constant quest to make innovations in the promotions of the films that he works in and staying updated as the years go by along with his friends Senthilnadhan, Ajithkumar, and Ajiaykumar.  Here is wishing the hardworking professional and genuine human being many more glorious years on behalf of Indiaglitz.