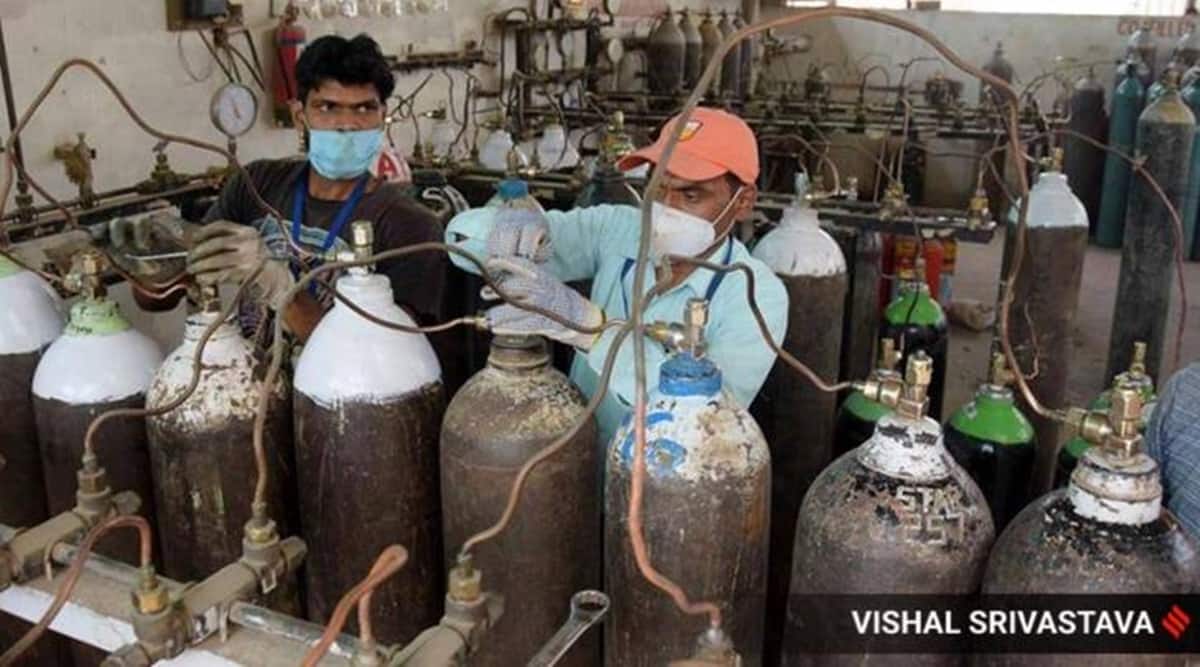 With Punjab aiming to set up 75 Pressure Swing Adsorption (PSA) oxygen generating plants by month-end, so far only 20 per cent of the target has been achieved. The installation work began in May with an initial target of 48 PSAs, later revised to 75, but as of now only 16 plants have been commissioned in different districts of the state. Even out of these 16, nine are by private hospitals and only 7 are at government-run facilities.

While dozens of PSA plants have been received, but they are yet to be installed and made operational.

Out of 75 plants, 42 plants are being supplied by the Defence Research and Development Organisation (DRDO), which has developed a PSA technique, and 33 have been procured from private agencies/people. Apart from this, Punjab government too has its own PSAs in Ludhiana and Jalandhar.

Purity of the gas generated by these plants will be around 93 per cent which is required for medical purposes.

In Amritsar, out of four plants of 1,000 LMP capacity each, one has been commissioned at the government medical college while the work for the remaining is in progress and, officials said, that they will be installed by the end of this month.

In Barnala district, out of two plants of 1,000 LMP and 250 LMP, the bigger one has been installed at the district hospital and the work is in progress for the second one at the drug rehabilitation centre, informed district authorities.

Bathinda, Sangrur, Patiala, Fazilka and Nawanshahr districts have all commissioned one plant each.

A PSA plant has been received for Ferozepur civil hospital and another 250 LMP plant is expected next week.

In Jalandhar, while nine private hospitals have already installed PSA plants, work in six private hospitals is under progress, but seven hospitals including Sharanjit, Kidney, Sikka, Oxford, Ghai, Neuronova, and Caremax hospitals have not yet started work. Deputy Commissioner Ghanshyam Thori has issued notices to these seven hospitals because of their act of non-compliance of the administration’s direction to install PSA-based oxygen plants. Thori has even threatened cancellation of their licences as Covid care facilities in case they do not adhere to the guidelines issued by administration.

In Ludhiana and Kapurthala districts, five PSA plants have been received out of nine required at the two districts but they are yet to be commissioned.

In remaining districts, work is in progress at most of the sites.

Principal secretary (Water Supply and Sanitation) and Nodal officer (PSA Oxygen Generating Plants Punjab) Jaspreet Talwar said that seven plants have already been commissioned at the civil hospitals and government medical colleges of the state while the work for others is under progress. “We will commission all the plants by the end of July month because the work of the majority of the plants is nearing completion,” she said, adding that these plants would generate 50 metric tonnes of oxygen per day.

Out of 75 plants 42 are funded by the central government, while the state governments have to keep ground work (like identification of sites close to hospital wards and availability of necessary power supply including power back up and laying of pipe network) ready. The infrastructure is being constructed by the National Highway Authority of India (NHAI) as per the directions of the central government. The state governments have to identify the sites and provide other facilities.

Delhi’s oxygen crisis: Why it happened and how it was overcome – The Indian Express