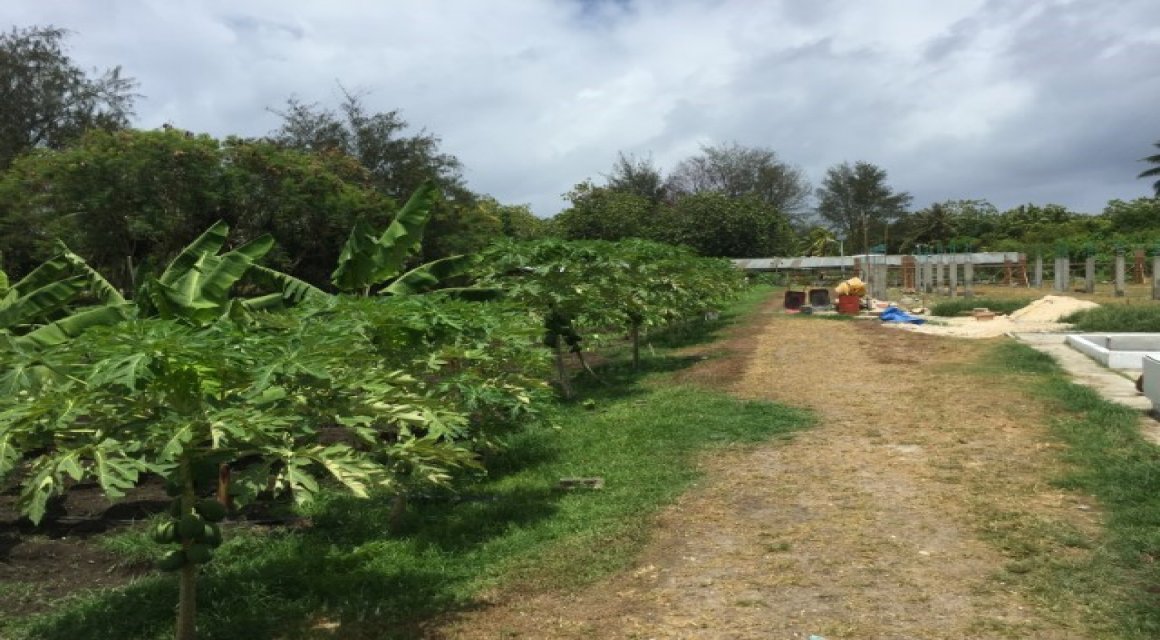 Undernutrition remains a highly prevalent and pervasive problem in low- and middle-income countries (LMICs), particularly among women and children. The direct or immediate causes of undernutrition include inadequate dietary intake and disease, which can lead to poor growth, micronutrient deficiencies and death. At least 45% of deaths among children younger than 5 years of age in LMICs is attributable to undernutrition.

Nutrition-sensitive agricultural policies and interventions that enhance the availability of and accessibility to nutrient-rich foods, as well as the capacity to generate income at the household, community and national levels, can be a gateway to address malnutrition. A diverse diet anchored on the consumption of traditional and local foods may not only guarantee adequate nutrient intake and safeguard biodiversity, but it can also protect against unintended, adverse health consequences of dietary transition. However, evidence of the nutritional impact of nutrition-sensitive agricultural interventions is inadequate.

To provide the evidence base of stable isotope techniques to describe and assess the role of nutrition-sensitive agri-food systems in health and nutrition.

Body composition was the primary indicator of nutritional status and was assessed using a non-invasive stable isotope technique known as deuterium dilution.

A community-based integrated project involving nutrition education and production of poultry and crops i.e. orange-fleshed sweet potato, Moringa oleifera, fruits and vegetables, was conducted in three Senegalese villages. Socioeconomic, food intake and health data were collected by questionnaires; nutritional status was assessed by anthropometry and body composition and micronutrient status (vitamin A and iron). Dietary diversity was assessed using the Minimum Dietary Diversity Score for Women (MDD-W) tool developed by the Food and Agricultural Organization of the United Nations (FAO). The CRP provided an opportunity to apply the MDD-W in different populations.

A collaborative team of Mexican and Haitian researchers examined the efficacy of a food security and nutritional health programme on nutritional status, focusing on maternal and child vitamin A and iron status in a rural Haitian population. Researchers in Senegal and Haiti found improved iron and vitamin A status among mothers consuming vegetables produced under the CRP. In Senegal, children who consumed a more diverse diet had greater fat-free mass accrual over the intervention period.

A longitudinal study was carried out in Myanmar to compare nutritional status of children before and after an agricultural intervention involving homestead food production aided by high-quality paddy rice seeds, fertilizer and promotion of home gardening. In Peru, the nutritional benefits associated with a Sustainable Agriculture Program involving production of mineral- and vitamin-rich vegetables, alongside an iron supplementation among children from 6 to 72 months were assessed.

Overall, and unexpectedly, no significant differences in nutritional status and body composition were observed between mothers and children receiving interventions versus the comparison. This could partly imply that the nutrition-sensitive, agri-food interventions were of low intensity and short duration such that there was no measurable change in body composition parameters. The complex and indirect nature of the agri-food interventions limited any visible impact.

Body composition data generated from the CRP can contribute to a future global database on body composition. Simpler methods to measure body composition and serum retinol were also validated in the CRP, which fostered academic training at both undergraduate and post-graduate levels and knowledge exchange among countries.

The IAEA supports the application of stable isotopes techniques to assess body composition, i.e. body fat and fat-free mass, as an indicator of changes related to dietary practices and malnutrition (undernutrition, overweight and obesity). The deuterium dilution technique is a method to assess body composition and to evaluate the effects of altered diet and physical activity on adiposity Excess adiposity is indicative of overweight or obesity depending on its severity.

A person drinks a weighed amount of water with deuterium, a stable isotope of hydrogen. The water is non-radioactive and does not have adverse health consequences. After a few hours, the isotope evenly spreads throughout the body’s water, which can be sampled in the form of saliva or urine. Deuterium enrichment in saliva is measured using a Fourier transform infrared spectrophotometer (FTIR) or an isotope ratio mass spectrometer (IRMS). Since the amount of deuterium is known, the total volume of body water can be calculated from the enrichment. Based on the assumption that fat is water-free, scientists can accurately determine the body’s ratio of fat and fat-free tissue. This nuclear technique is accurate and safe to use in all age groups; it is not associated with any radiation hazard and is suitable for use in field settings.

When it comes to men, what works best for sexual health – India TV News