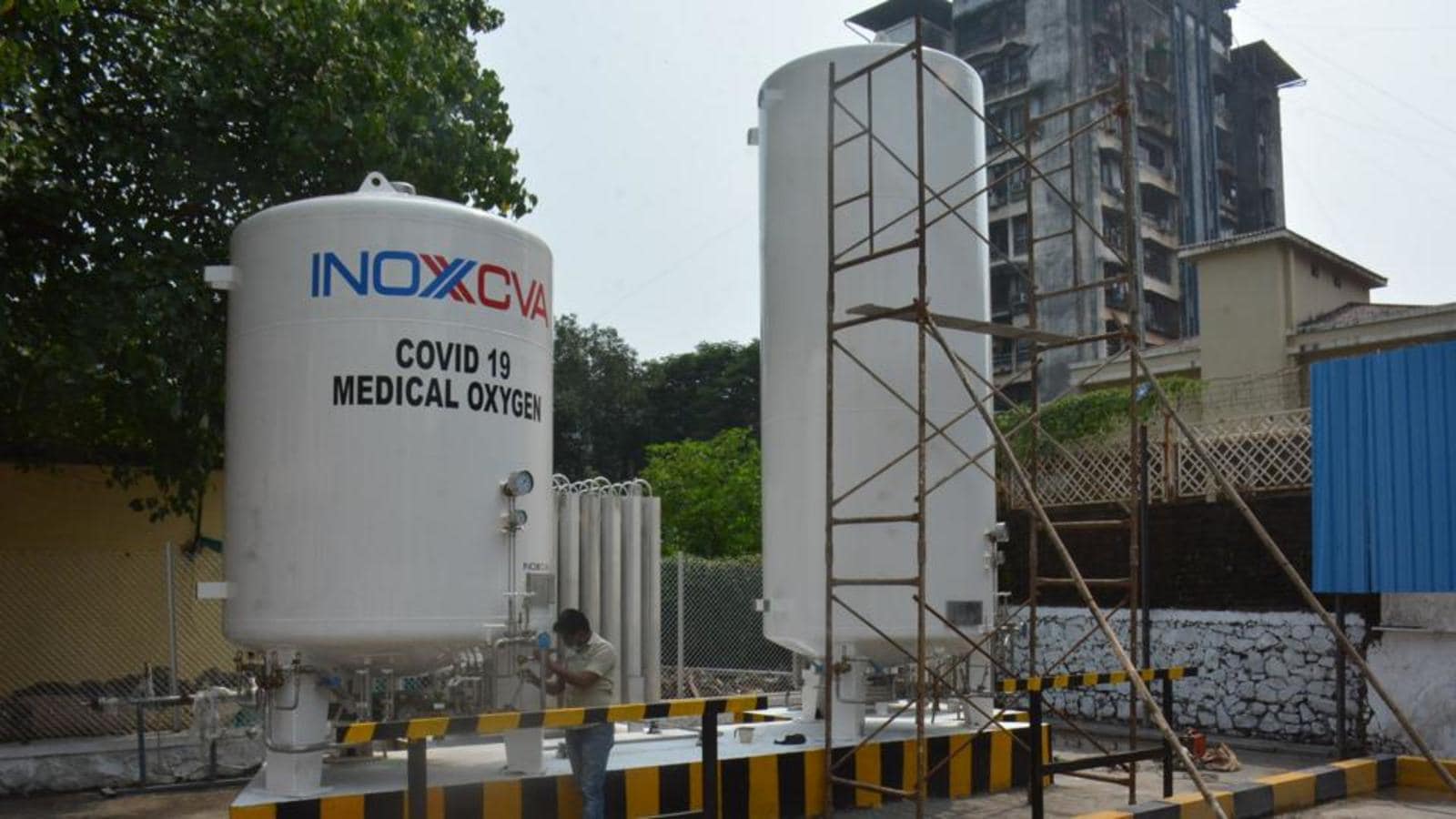 Three medical oxygen storage tanks with a combined capacity of 171 MT have been set up in Delhi, chief minister Arvind Kejriwal said on Thursday.

“Oxygen facilities are being created at various places in Delhi so that people do not struggle in case a third wave of Covid-19 emerges. Nineteen more plants are to be inaugurated within a day or two. The Delhi government has already installed three oxygen storage plants till now of 57 MT each, a total capacity of 171 MT, and work is being done on a war footing,” said Kejriwal during his visit to the site of one of the storage tanks at Siraspur, located in the northwest peripheries of Delhi.

The Siraspur facility also has a 12.5 MT oxygen generation plant, he said.

The other two oxygen storage tanks have been set up in the premises of Babasaheb Ambedkar Hospital and DDU hospital, he said.

“The Delhi government is rapidly making arrangements in case a third wave comes. In the second wave, the biggest challenge that we faced was a shortage of oxygen, because of which the people of Delhi had to struggle a lot for a few days. Therefore, the preparations for that are being made so that in case a third wave emerges then there should be no shortage of oxygen,” Kejriwal said.

The Delhi CM further added, “All over Delhi, facilities for oxygen storage, oxygen generation are being created. We faced a lot of problems regarding tankers such that when we had to get oxygen from Haryana and other states, we did not have tankers. So, we are also getting tankers. All preparations are in full swing.”