Backing a leading star’s film has always been a dream for some of the directors who wish to increase their market value in the Kollywood industry. Quite a number of well-known directors have positioned themselves on the list of most wanted directors after delivering blockbuster high-budget films.

In the early days, filmmakers such as S.P. Muthuraman and K.S. Ravikumar to name a few have worked consistently with Rajinikanth and Kamal Haasan at regular intervals. The legacy was followed in the recent decades by directors who aspired to conquer the Kollywood film market.

The success achieved by working alongside notable stars helped business-oriented directors to sustain themselves in the long run.

For those unaware, Thalapathy Vijay is currently the most bankable stars in the Tamil Film Industry whose market value ensured break-even profits to producers and distributors. Two significant directors, in the last two decades, have made back to back films with Thalapathy Vijay.

AR Murugadoss made his directorial debut with Ajith Kumar in Dheena (2001). The film became a blockbuster hit at the box office. Therefore, Murugadoss entered Kollywood with a big bang. The filmmaker was already an established director when he pitched Thuppakki (2012) to Vijay.

Thuppaki brought the fresh pair Kajal Aggwaral and Vijay on the silver screen for the first time. The film was produced by Kalaipuli S Dhanu under V Creations and became a blockbuster hit. It also marked the Tamil debut of actor Vidyut Jamwal who played the shrewd antagonist in the film. 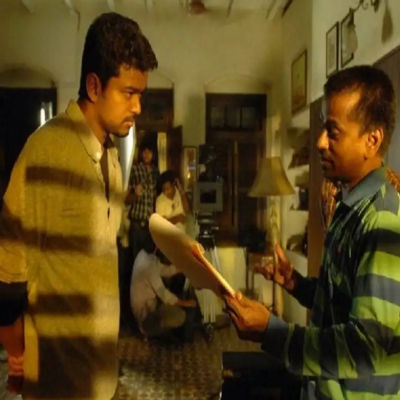 The phenomenal success of Thuppakki brought Vijay into the list of 100 crore club. Kalaipuli Dhanu showered laurels on Vijay and Murugadoss for delivering a film of that stature. Right after Thuppakki, A.R. Murugadoss made his successive Tamil film Kaththi (2014) which also starred Vijay in it. The film was funded by Subaskaram of Lyca Productions.

Vijay played dual roles in the film which appealed to the fans and family audiences. Kaththi had music by Anirudh Ravichander and became the biggest blockbuster of the year.  Then, A.R. Murugadoss directed Akira (Hindi) and Mahesh Babu’s Tamil debut film Spyder (2017) before joining hands with Vijay once again for Sarkar (2018).

It is an interesting fact that Atlee made his debut film Raja Rani (2013) starring Jai, Arya, Nayanthara and Nazria Nazim under AR Murugadoss’s production in association with Fox Star Studios.

Atlee made his second film Theri (2016) with Vijay playing the lead role alongside Samantha, Amy Jackson, Baby Nainika and many others. The film had music by G.V. Prakash Kumar and produced by Kalaipuli S Dhanu under V Creations. 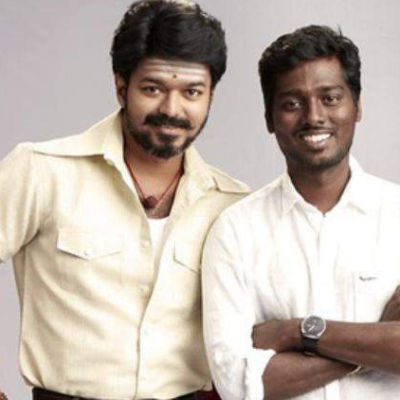 Vijay played a daunting cop in the film whose stylish looks and mannerisms created a thunderous response in theatres. Theri’s blockbuster success landed the second consecutive film for Atlee with Vijay, Mersal (2017). Mersal re-christened Vijay as Thalapathy from Illaya Thalapathy. The film co-starred Nithya Menon, Samantha, Yogi Babu, Vadivelu and many others in important roles.

What to Watch: Six Movies and Series to Stream This Week – The Wall Street Journal