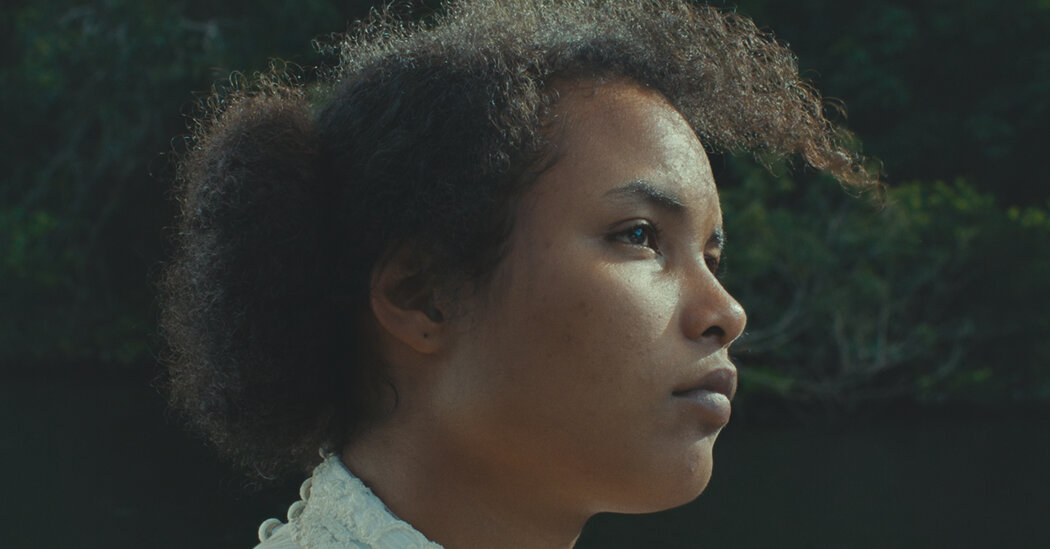 This month’s picks include a delirious Mexican jungle thriller, an Indian character study about an aging trucker, a Buenos Aires–set drama about bereavement, a whimsical film about a Chinese tourist in Malaysia and the latest feature by the Filipino “slow cinema” auteur Lav Diaz.

Stream it on Netflix.

Yulene Olaizola’s delirious 1920s–set thriller unfolds in the forested borderlands between Mexico and Belize (formerly British Honduras). Agnes (Indira Andrewin), a beautiful British woman of African origin, escapes a forced marriage with a white landowner, only to be swiftly recaptured by a band of Mexican gum harvesters. Her presence sends the men into a frenzy both sexual and territorial: They raise their guard, taking her as a sign of the nearby presence of British harvesters, while also forcing lewd glances and violent advances upon her.

Agnes’s look of frightened alarm slowly turns into a smirk as Olaizola unveils the mythical undercurrent of her tale: Her heroine represents the Xtabay, a succubus-like femme fatale of Mayan legend. Yet despite the film’s whispered voice-over and feverish visions, “Tragic Jungle” draws its power from the petty human — or rather, masculine — follies it lays bare. The men encircling one another in the film’s games of profit are greedy, corruptible foot soldiers of colonialism. They don’t need the Xtabay to lure them into the jungle — just a flash of gold (or of skin) is enough to entice them to jump into the deep.

Stream it on Netflix.

A middle-age crisis descends like a downpour on Ghalib (Suvinder Vicky), a long-haul trucker in Delhi. Just as he hits a record of 500,000 kilometers, he develops an ache in his back, is faced with a compensation claim from the family of his recently deceased wife and is tasked with training a newbie who might be his eventual replacement, Pash (Lakshvir Saran). In “Milestone,” the director Ivan Ayr distills Ghalib’s converging existential bumps-in-the-road into a melancholy, magic hour–soaked mood piece. Most of the film’s gorgeous scenes unfold in the pink pre-dawn fog of North India, while a minimalist sound design captures Ghalib’s isolation in a hectic world.

“Milestone” is a pinpoint-precise character study, with the camera staying close to Ghalib, but Ayr also colors in the broader plight of India’s transportation workers and their fight against a culture of disposability. The crews responsible for loading cargo into trucks are on strike, but Ghalib is too numbed by grief and pain to see beyond the inconvenience this causes him. But the more time he spends with Pash, the clearer his impending fate becomes. The generational chasm between the two reveals itself in a wry exchange: When Pash asks Ghalib why he returned to India after a spell in Kuwait, Ghalib asks, “Ever heard of Saddam Hussein?” Pash is blank. Even as “Milestone” takes some contrived turns, Vicky’s performance grounds the film, conveying grief and alienation without macho broodiness or overwrought restraint.

The Buenos Aires–set “A Family Submerged” unfolds in a series of diaphanous, sun-smudged scenes — a fitting visual aesthetic for a film that dwells in the limbo of bereavement. María Alché’s debut feature follows the middle-aged Marcela (Mercedes Morán) as she grapples with the recent death of her sister. Much of the film takes place in her and the sister’s dimly lit apartments, where Marcela sorts through objects loaded with memory.

There’s a boisterous, lived-in quality to these indoor scenes. Marcela’s three teenagers laugh and fight and talk over each other; assorted visitors walk in and out. Marcela seems to struggle to keep up with the swirling pace of life around her, and her dazedness slowly gives way to hallucinated conversations with long-gone relatives. At the same time, she succumbs to an affair with a friend of her daughter’s while her husband is away on a business trip.

There’s a hint of melodrama in “A Family Submerged” — with its grieving heroine, familial conflicts and adultery — but the film never feels the least bit contrived or even scripted. Alché and her performers (particularly Morán) conjure a talky naturalism that makes you feel like you’ve walked, for a brief spell, into the thicket of someone’s life.

Inspired by the ambulatory, serendipity-driven stories of Eric Rohmer and Hong Sang-soo, “Three Adventures of Brooke” plays out a triptych of variations on a couple of days in the summer vacation of Brooke (Xu Fangyi), a Chinese tourist in the Malaysian city of Alor Setar. On the 30th of June — the date is announced via a handwritten title card — Brooke’s bicycle breaks down on a country path. In the first segment, she’s rescued by a local woman her age, with whom she explores touristy locales like a crystal shop and a museum; in the second, Brooke is picked up by three young city-council workers who seek her input for their plans to refurbish and modernize the town; and in the third, she runs into a Frenchman (Rohmer regular Pascal Greggory) at a bicycle repair shop and explores the city with him.

These segments are breezy and whimsical, and deceptively minor. Nothing too eventful happens in the film, but every new encounter gently reveals something about the ways in which a place can refract differently through the lenses of familiarity and foreignness. In each episode, Brooke offers slightly varying reasons for her presence in Alor Setar. It’s a recurring red herring that seems to encapsulate one of the film’s central themes: that our desire for mystery and meaning can obscure our view of the simple truths and pleasures of life.

Rent it on Projectr.

The Filipino filmmaker Lav Diaz is known as a master of “slow cinema”: His longest film clocks in at 11 hours, and even shorter recent works exceed the 3-hour mark. But it’s not just the duration that makes his films “slow.” There’s also an austerity to his style, with genre elements and political critique mixing into narratives that unfold patiently, demanding attention and investment.

In “Genus Pan,” the filmmaker’s latest, three miners make their way home through a jungle for the bulk of the film’s 157-minute running time (practically brisk, by Diaz standards). It’s the 1990s, and the men’s often rancorous banter keep returning to their exploitative work conditions. Various bribes and brokerage fees leave them with little income for backbreaking, dangerous work, and local military authorities add to their abuse, intimidating and murdering workers without consequence. The 20-something Andres (Don Melvin Boongaling) rails at these injustices, while the middle-aged Baldo (Nanding Josef) and Paulo (Bart Guingona) seem to have become inured — and even complicit — in the system.

The film’s title refers to the monkeys that squawk in the jungle, but also to the primitiveness Diaz unearths in his characters. The miners’ journey home ends in a dark turn that spurs further bloody twists. There’s plenty of violence in the film, but it’s shot in a sardonic, make-believe style (enhanced by the black-and-white palette), as if to maintain the focus on the real tragedy: the depravity and desperation that turns all the men in the film into animals.