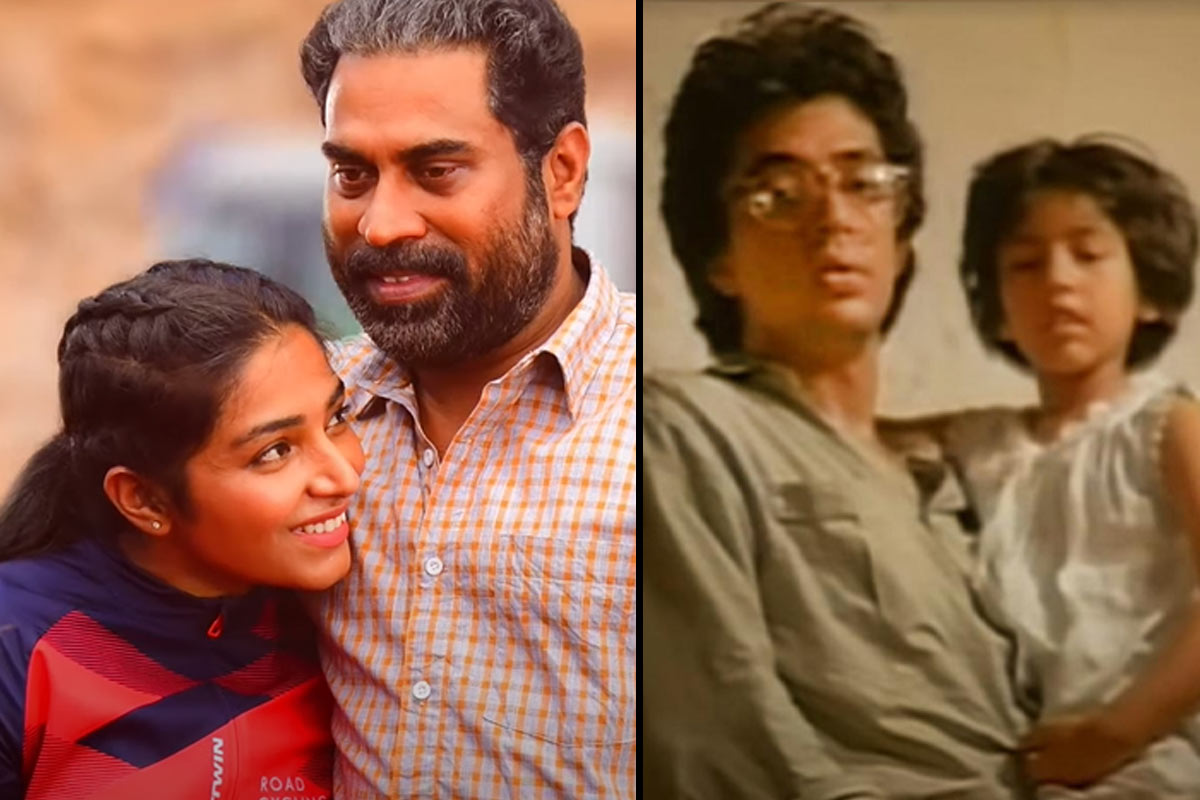 Here are some south Indian films where fathers have been supportive of their daughter’s ambitions and dreams.

The film industry in India often portrays dads as stern serious father figures in their daughter’s lives. As mothers are shown to understand the needs of their daughters and act as close confidantes, when it comes to realising their ambitions, daughters are shown to eventually turn to their fathers, hoping to get some nudging and emotional support. This relationship of mutual trust has often translated into success stories, many of which have been captured in Indian cinema. Here are some examples from the south Indian film industry, where fathers have been supportive of their daughter’s ambitions and dreams.

Anjali: Mani Ratnam’s 1990 Tamil film is about a small child with intellectual disability. Since she’s born with a terminal illness and likely to pass away in a few months, the doctors advise Shekar (Raghuvaran), the father, to tell his family that she’s a stillborn to reduce their trauma. However, Anjali (Shamili) survives and her only connection to the family is her father. When the truth is revealed to the family, it is Shekar who helps them adapt to her needs.

Preminchu: This 2001 Telugu film directed by Boyinna Subba Rao is about a blind woman Meena (Laya). Though she has a disability, she grows up to become a confident and independent person who becomes a lawyer, thanks to her supportive father (Murai Mohan). It is later revealed in the film that her parents got a divorce because her mother wanted to give her up for adoption due to her disability and her father was against the decision.

Peranbu: Ram’s 2018 Tamil film is about a father and his daughter with cerebral palsy. While he’s initially a distant father, Amudhavan (Mammootty) is forced to take care of Papa (Sadhana) after his wife leaves him. From feeding her to changing her sanitary napkins and even being considerate of her sexual needs, there’s nothing that Amudhavan won’t do for his daughter.

Koode: Anjali Menon’s 2018 Malayalam film is about the bond between Joshua (Prithviraj) and Jenny (Nazriya), who are brother and sister. However, the film also tells the story of Sophie (Parvathy) who is subjected to domestic violence by her husband and divorces him. Her father (Devan) offers her support quietly, encouraging his daughter to seek her own happiness though their extended family is determined to put her down at every opportunity.

Kanaa: This 2018 Tamil sports drama directed by Arunraja Kamaraj is about a young woman who wants to become a cricketer. Kousalya’s (Aishwarya Rajesh) father Murugesan (Satyaraj) is an avid lover of the sport and that’s how she becomes interested in the game. Although the villagers pass comments on her dressing in T-shirts and pants, Murugesan ignores them and supports his daughter’s ambitions.

Fidaa: Sekhar Kammula’s 2017 Telugu film revolves around the spirited Bhanumathi (Sai Pallavi) who does not want to leave her single father alone or her village. The father (Sai Chand) is also very loving towards his two daughters, telling them that they should not feel pressured to marry for his sake. When she falls for Varun (Varun Tej), an NRI, she’s confused about what she should do. However, after some back and forth, Varun decides to move to Bhanu’s village because he sees how important her bonds are to her. Her father is also supportive of her decision to marry Varun although he had another groom in mind.

Abhiyum Naanum: The 2008 Tamil film directed by Radha Mohan is about the changing relationship between a father and a daughter. Raghuram (Prakash Raj) is overly protective of his daughter Abhi (Trisha). He’s afraid to let her out of his sight, whether she’s riding her cycle to school or going to Delhi for her higher studies. However, Raghuram always comes around to seeing things from Abhi’s point of view because of his love for her.

Ohm Shanti Oshaana: This 2014 Malayalam film directed by Jude Anthany Joseph revolves around Pooja Mathew and her life. Pooja’s father is first told that his wife has delivered a boy and it later turns out to be a girl. Dr Mathew (Renji Panicker), however, is not disappointed and Pooja grows up to follow her heart, be it in how she dresses, what she wants to do with her life and who she wishes to marry. It’s a lighthearted father-daughter relationship that comes with plenty of comedy.

Thanga Meenkal: Directed by Ram, this 2013 Tamil film is about a father (Ram) and his young daughter Chellama (Sadhana), who is not interested in her studies and has problems at school. Ram only wants his daughter to be happy and he goes out of the way to keep her spirits up. The film is meant to be a critique on the state of education in the country, which squashes the creativity of young children.

Finals: This 2019 Malayalam film directed by Arun PR is about a father (Suraj Venjaramoodu) and his cyclist daughter Alice (Rajisha Vijayan) who wants to participate in the Olympics. He’s supportive of her ambitions and when she has an accident and is bedridden, he takes care of her every need.

Uyare: This 2019 Malayalam film directed by Manu Ashokan is about Pallavi (Parvathy), who aspires to become a pilot. Her father Raveendran (Siddique) is unhappy about her relationship with her toxic boyfriend Govind (Asif Ali), but Pallavi does not break up with the latter. However, when she finally realises that she cannot keep seeing him because of his possessive nature, Govind flings acid on her face. Raveendran does not blame Pallavi for the incident. He stands by her and supports her through the legal case as well as her decision to become an air hostess (since she cannot fly a plane any more).

Samuthirakani getting busy in Tollywood! – The Hans India

I want to do more Malayalam movies, dub for myself: Aditi Balan to TNM – The News Minute