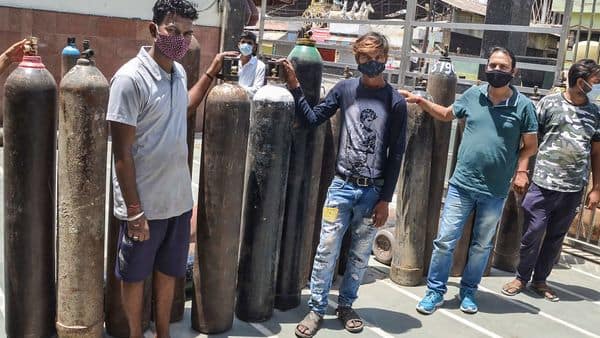 The Delhi High Court on Tuesday told the central government that IIT or IIM will do a better job if the Centre handover the management of oxygen tankers to the premier institutes.

According to the Delhi HC, the Supreme Court said the union government will have to supply 700 metric tonnes of life-saving gas. “If you don’t undertake this exercise, you will be in contempt. Now, this is your job, there are tankers available but you are not willing to do this job,” the Deli High Court told the Centre on Tuesday.

Further, the High Court also suggested that the Centre must rope in experts from IIMs and IITs to provide a smooth supply of liquid medical oxygen.

The High Court began hearing the petition relating to various issues arising due to the rise of Covid-19 infection in the national capital on Tuesday.

Amicus Curiae Rajshekhar Rao suggested that some unutilised oxygen tankers can be diverted from Maharashtra to Delhi.

Separately, the High Court sought responses of the Centre and the Delhi government on a PIL to temporarily increase the number of cremation and burial sites in the city.

The court directed the authorities to consider data provided by the petitioner, Pratyush Prasanna, while filing their replies.

In his plea filed through advocate Snigdha Singh, Prasanna has claimed that “due to an acute shortage of hospital beds and other necessities such as testing kits and oxygen supply, there have been an overwhelming number of deaths in the country, especially in the national capital region”.

As a result, the cremation sites and burial grounds are also full and, therefore, a substantial amount of time was being taken to cremate the body, the plea has claimed.