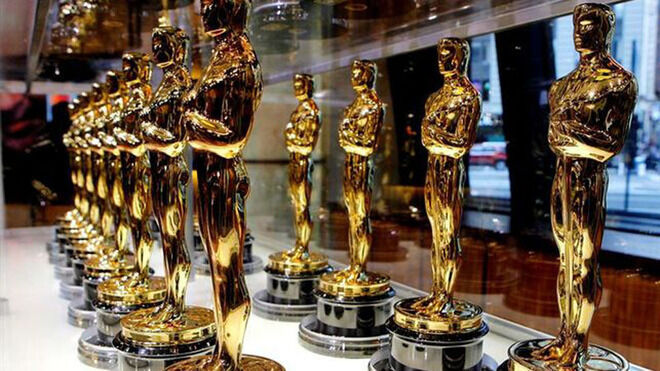 As the COVID-19 pandemic continues to transform the entertainment industry, we have finally reached the point where Hollywood has begun to adapt, with an event finally taking place in person and not on a Zoom call. The 93rd Academy Awards has been through many hurdles over the years but this year everything will be toned down, from the attendees to the location – and even the famous red carpet will be a mini one this year. Let’s take a look at some of the changes.

You can indulge in your favourite Academy Awards in less than a week, as the ceremony will air on ABC at 8 ET/PT as well as the ABC app on Sunday. Bear in mind that the only way you can get access is only if you can authenticate your cable or satellite service. You can also stream the Oscars on YouTube TV and Hulu with Live TV.

Where are the Oscars 2021 taking place?

The event is changing locations this year for the first time in over a decade. The event will be produced by Stacey Sher, Steven Soderbergh and Jesse Collins and will primarily be held at Los Angeles’ historic Union Station, with additional event sat the Dolby Theatre and international locations via satellite. In fact, Soderbergh and co are closing off downtown Los Angeles in order to film at Union Station from 12am PT on April 25 to 4am PT on April 26.

In an interview with Vanity Fair, Soderbergh said that the “most exciting thing” about the 2021 Oscars will be that it’s “going to feel like a film, in the sense that, at the end, we hope it’ll feel like you watched a movie”. He also compared the process of trying to organise this year’s Oscars to “trying to build a house of cards on the deck of a speeding boat.” It sounds like we’re in for a treat.

Will acceptance speeches at the Oscars be on Zoom or IRL?

The Academy Awards decided that there would be no Zoom speeches included in the 2021 ceremony. This means that winners either had to attend in person or they will miss their chance to clasp the golden statue and make a memorable speech on climate change or animal rights. Although, as viewers we may feel excited that there will be no poor-quality zoom calls in the middle of an awards ceremony, many nominees felt that this excluded many international actors and filmmakers, such as Emerald Fennell (who’s up for Best Director) and Vanessa Kirby and Carey Mulligan (who are both up for Best Actress), as they would have no chance to fly into the US due to COVID restrictions.

Is there going to be a red carpet?

There will be a red carpet, but it will be an itty bitty one it seems. Red-carpet coverage will be part of an “Oscars: Into the Spotlight” pre-show special (ABC, 6:30 ET/PT). But given that only nominees, their guests and presenters will be in attendance, after adhering to strict COVID protocols, it makes sense that there will only be a mini red carpet this year.

Will there be a dress code?

No, you will not be seeing your favourite A-listers in their hoodies and pyjamas but rather in gowns. The memo invitees received indicated that attendees should wear their best attire: “We’re aiming for a fusion of Inspirational and Aspirational, which in actual words means formal is totally cool if you want to go there, but casual is really not.”

Who is hosting the Oscars?

Why fix what’s not broken, eh? Once again, the Academy Awards have decided to go hostless, but fan favourite A-listers such as Brad Pitt, Laura Dern, Joaquin Phoenix and Renee Zellweger will be presenting the awards, among many others.

Here’s a full list of who will be presenting:

“In keeping with our awards-show-as-a-movie approach, we’ve assembled a truly stellar cast of stars,” Oscar producers said in a statement last week. “There’s so much wattage here, sunglasses may be required.

Who is performing at the Oscars?

All five nominated songs will be performed in their entirety as part of the Oscars pre-show. And there’s some name acts on the bill: Grammy-winning artist H.E.R. is performing a version of the song “Fight for You” from “Judas and the Black Messiah” and Leslie Odom Jr. – also a nominee for supporting actor – is singing “Speak Now” from “One Night in Miami.” The Academy’s hooking up fans of “Eurovision Song Contest: The Story of Fire Saga,” too: Swedish singer Molly Sandén is performing “Husavik” on location in actual Húsavík, Iceland.

So, who are the nominees?

ACTRESS IN A LEADING ROLE

ACTOR IN A LEADING ROLE

What are some of the movies with the biggest buzz, and where can I find them?

This is a shortlist of the films most likely to take home the Oscars. Here’s where you can find them:

So, while this year the Oscars have majorly toned down the awards ceremony, they have majorly turned up in their stellar selection of nominees. We wonder will Riz Ahmed be the first Muslim actor to take home the award for best actor, will Chadwick Boseman be one of the eight performs to earn the award posthumously and will Chloé Zhao (“Nomadland”), who is the first Chinese woman and the first woman of color to be nominated for best director take home the golden statue? Let’s wait and see…

From Jyothika to Pooja Hegde: Popular actresses who made their Kollywood comebacks – Times Now