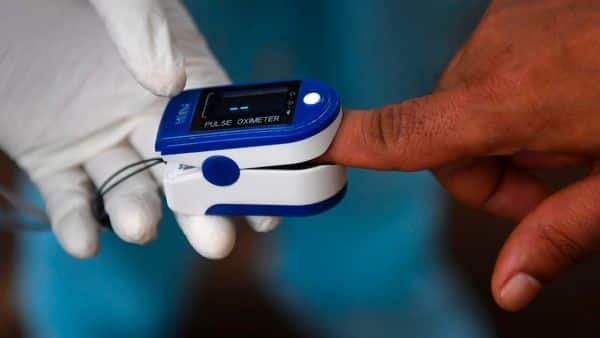 Perhaps two dozen of us friends of his, maybe more, spent the next several hours working the phones, reaching out to people we knew, trying to find him a bed. Since it was taking a while, we also had to try to find him oxygen. It was early evening before he was finally admitted to a Delhi hospital: about 12 hours since the SOS. Some of us couldn’t help thinking: we are the privileged ones in this country, with resources and a vast network of similarly privileged contacts to tap into—and it still took us 300 man-hours to get our friend to hospital. For so many others out there, what must the struggle be like to care for loved ones hit by this virus?

Still, those 12 hours did something else for me. They gave me a better understanding of terms—and their associated numbers —that this pandemic generates, that we use all the time. They came alive when my family tested positive last October; on Saturday, as we tried to help my friend, they took on more shades of meaning.

Here are some of those.

* What an oxygen concentrator does: A concentrator is a device that produces oxygen from the surrounding air, essentially by removing nitrogen. What you get from it is nearly pure oxygen. How can I use that phrase “nearly pure”? Simple arithmetic explains it.

The air we breathe is composed of nitrogen, oxygen and plenty of other gases like hydrogen, neon and carbon dioxide. But consider this: about 78% of the air is nitrogen and 21% oxygen. The other gases put together make up the remaining 1%. A normally healthy human body can breathe in this cocktail of gases and extract the oxygen it needs for life. But a corona-struck body starts to have difficulty with that breathing and extraction, and will need an external supply of oxygen. That’s where a concentrator becomes useful. In every 100 litres of air, there are 78 litres of nitrogen. If you had a concentrator that could remove all that nitrogen, you’d be left with 22 litres of a mixture of other gases, of which 21 are oxygen; that is, the mixture is 95.5% pure oxygen. Concentrators are not quite that efficient, so what they produce is typically 90-95% pure oxygen. Still, that’s more than good enough for a patient who needs external oxygen.

* The capacity of a concentrator: A healthy human being breathes about 12-15 times a minute (her “respiratory rate”). That accounts for about eight litres of air. Roughly, that’s half a litre of air with every breath you take. What you exhale has less oxygen than what you inhale—because your body extracted it—but more carbon dioxide. Now, when you are hit by a virus and start having problems breathing, it’s not just that your body has difficulty extracting oxygen. It’s also that you have difficulty expelling the carbon dioxide, and it starts accumulating in your body.

In any case, any external supply of oxygen you turn to must be able to provide oxygen at a rate that a healthy body needs. Think of a car running along at 60kmph, using a litre of petrol for every 10km. Thus, it needs six litres per hour. But suppose the fuel pump supplies only one litre per hour … well, you can imagine that the car won’t be running that fast for very long.

A concentrator is like that fuel pump. A unit you get for home use will typically generate a maximum of five or six litres per minute (lpm). That is enough for a patient with relatively mild breathing difficulty. It doesn’t have to generate all of eight lpm, because remember, this is not air it is delivering to the patient, from which she will need to extract oxygen, but nearly pure oxygen. But as a patient’s breathing difficulties increase, as more carbon dioxide accumulates in her body, her “oxygen level” decreases. To reverse that, she may need a concentrator that can supply oxygen faster than five or six lpm.

* Oxygen level: If I had to choose one phrase above all that the virus has got us familiar with, I’d choose “oxygen level” (also and more correctly known as “oxygen saturation level”, or “SpO2″). Right from the time last year that people started getting infected, we heard how important it was to keep track of the oxygen level in our body. In a normally healthy human, that level should be at or near 100%. If it drops significantly—to below 92%, a doctor friend told us—you should look for medical help, probably hospitalization.

But what does this mean? From your lungs, once you breathe it in, oxygen moves around your body in your blood. In particular, a specific protein in your red blood cells, known as haemoglobin, is the transporter of oxygen. If your haemoglobin level falls, your blood will carry that much less oxygen, which is a problem. This is why a blood test will tell you your haemoglobin level.

The oxygen saturation level is an indicator of how much of the haemoglobin in your blood is actually doing its job of carrying oxygen. Naturally, you want this number to be as close to 100% as possible, meaning that your haemoglobin is functioning efficiently. But if, for whatever reason, your haemoglobin is unable to carry its normal load of oxygen, your SpO2 will start to drop and less oxygen will reach the different parts of your body. In my Pilani buddy, it had dropped to 60% that morning, meaning just 60% of his haemoglobin was carrying oxygen. In others hit by the virus, I’ve heard of SpO2 levels of even 20%. Without quick medical intervention, levels like these can cause brain damage and other serious problems. Thus the urgency with my friend.

Finally, how do you measure your oxygen saturation level?

* Pulse oximeter: This is the little fingertip device that I suspect the vast majority of us had no idea about prior to 2020. Its function depends on a simple fact: haemoglobin that is carrying oxygen looks redder than haemoglobin that is not. (In fact, this is why your blood is red). When you stick your finger into it, an oximeter will shine a beam of light into the tiny blood vessels, the capillaries, in your fingertip. That beam goes on to strike a light sensor in the oximeter which, in effect, measures the redness of the blood in your capillaries. How red it is tells us about the health of your haemoglobin: how much of it is carrying oxygen and how much is not. The oximeter translates this into the oxygen saturation reading that appears on its display within seconds. This is how I know my level is 98% as I finish this column, though it’s hard to type with an oximeter on my finger.

None of all this is particularly esoteric, particularly mathematical. But as ever, this pandemic throws all kinds of numbers at us. If we are to beat it, it helps to know the nature of the beast, always assuming we put our best oxygen levels forward.

Once a computer scientist, Dilip D’Souza now lives in Mumbai and writes for his dinners. His Twitter handle is @DeathEndsFun