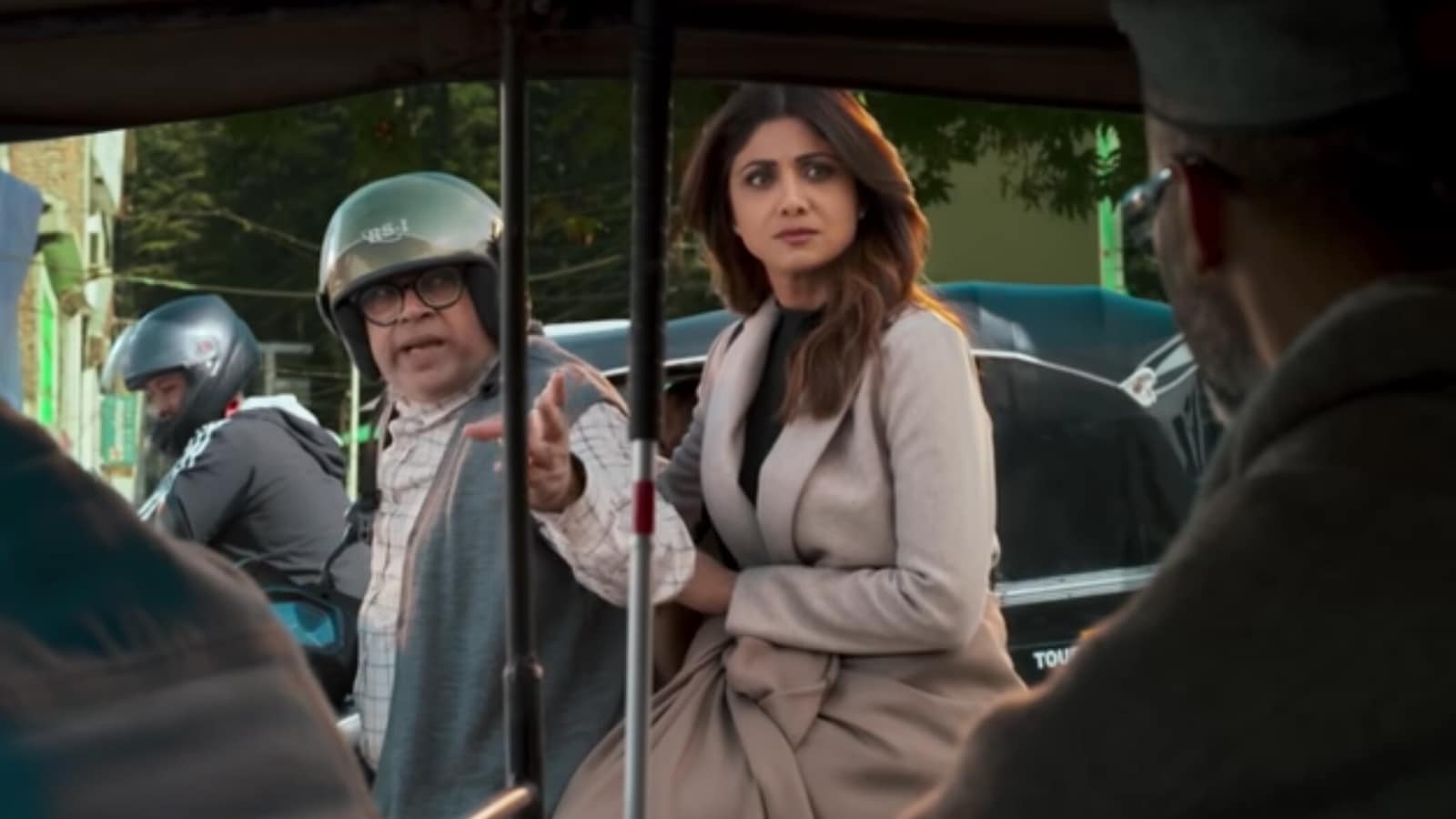 Actor Shilpa Shetty has talked about playing Paresh Rawal’s wife in their upcoming movie, Hungama 2. The movie is directed by Priyadarshan, who is famous for his comedy movies such as Hera Pheri, Malamaal Weekly and also the original Hungama.

Shilpa Shetty has spoken about playing a couple despite the vast age gap of 20 years between her and Paresh Rawal. She even mentioned her film Chor Machae Shor (2002), in which Paresh had played her father.

Shilpa told India Forums in a statement, “I remember in one of my movies, Paresh played my father and now he’s married to me in Hungama 2 but he is playing my husband who is quite older to his young, attractive wife. Our age gap in the film is at least 15 years and he is playing the role of a husband in the film who is constantly imagining that his wife is having an affair with a younger man.” The film will release on Disney+ Hotstar on July 23.

Shilpa said in another statement, “I can’t tell you how excited I am, I always wanted to work with Paresh ji in a comedy with Priyadarshan. This is really a tick on my bucket list. This has always been a lethal combination with Paresh, Priyadarshan and with a franchise that has been extremely successful before.”

Paresh also spoke about playing Shilpa’s husband in an interview with Mid-Day. “If you have a wife looking like Shilpa Shetty, any husband would be insecure. What I like the most about her is that she is so passionate about her work,” he said.