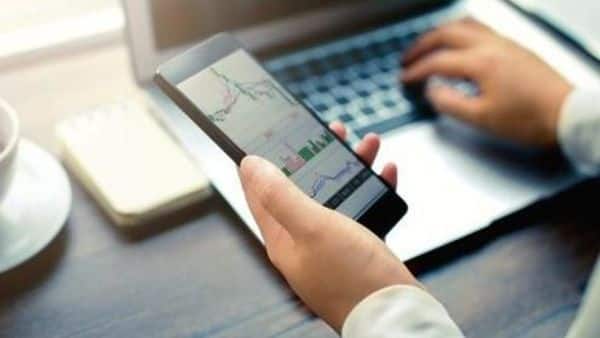 NEW DELHI: Here are the top 10 stocks that could be in news today:

Reliance Industries: The Mukesh Ambani company is reported to have held talks with Saudi Aramco on a cash and share deal for sale of a 20% stake in its oil refining and petrochemical arm. Ambani had in August 2019 announced talks for the sale of the stake in the oil-to-chemicals business.

Oil and Natural Gas Corporation: The state-owned oil and gas producer said it is seeking foreign partners for yet-to-be-developed fields in lesser prospective areas but is shackled by uneconomic gas prices and tax structure. It has also said any “potential” restructuring of the company would not significantly affect business.

Bajaj Auto: The two-wheeler major will announce its March quarter earnings on Thursday. The company had reported a 23% rise in standalone net profit at ₹1,556 crore for the quarter ended December. Revenue from operations increased 17% to ₹8,910 crore as compared to ₹7,640 crore in December 2019.

Titan: The company will declare its March quarter earnings today. In an update on the March quarter performance, the jewellery and watch retailer had said it clocked 60% revenue growth in the March quarter helped by a low base in the same quarter in the year ago period, improved momentum in the market and a dip in gold prices.

Hindustan Unilever: The FMCG major will announce its March quarter earnings today. The company recorded a 18.8% rise in standalone net profit for the December quarter from a year earlier. Standalone revenue for the quarter jumped 21% to ₹11,862 crore from ₹9,808 crore a year earlier.

Indiamart Intermesh: The B2B e-commerce firm acquired stake in two companies, Shipway Technology and Truckhall, for about ₹20 crore to strengthen its technology offering in logistics management. The company has acquired 26% in software company Shipway Technology for up to ₹18.2 crore, and an additional 3.02% stake in Truckhall for ₹1.33 crore.

Asset management companies: Fund managers and chief executives must be paid a fifth of their compensation in the form of units of their mutual fund schemes, the stock markets regulator said, in an attempt to make them more accountable for their investment decisions. Sebi also said the compensation paid as mutual fund units will be locked in for at least three years or the tenure of the scheme, whichever is less.

Biocon: Demand for itolizumab manufactured by arm Biocon Biologics has jumped three-fold from what it was in the first wave of the covid-19 pandemic, fuelled by a shortage of the imported tocilizumab from Cipla. Both tocilizumab and itolizumab are allowed by the Indian regulator for the treatment of cytokine storms caused by covid-19 infections.

Tata Communications: The company reported a net profit of ₹1,251 crore for the financial year ended March, compared to a loss of ₹86 crore in fiscal 2020, driven by strong operating performance that rose about 30% year-on-year due to sharp focus on operating structure and improving cost efficiency.

RattanIndia Enterprises: The company has acquired a substantial stake in EV two-wheeler maker Revolt Intellicorp for ₹150 crore to foray into the fast-expanding electric vehicle business. It will have a 50% board presence in the Gurugram-headquartered Revolt Intellicorp Pvt Ltd with Rajiv Rattan heading the company’s board as its chairman.

RBI Policy Review: four things to watch out for – Mint