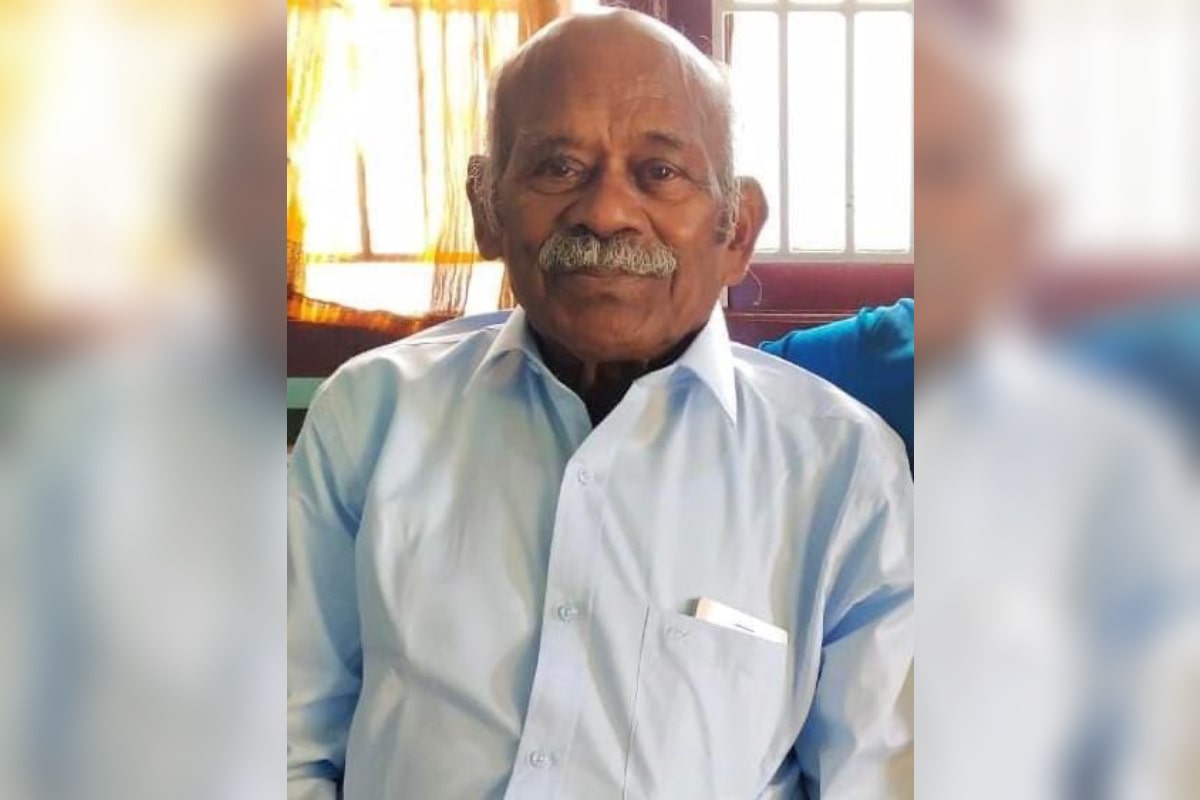 He has appeared in supporting roles in several popular movies including ‘Theri’, ‘Maari’, ‘Sivaji’ and others.

Senior actor RSG Chelladurai passed away at his home in Periyar Nagar, Chennai, aged 84, on Thursday (April 29). One of the most promising supporting actors in Kollywood, Chelladurai made his mark with his performance in several movies. He has shared the screen with  Kollywood stars such as Dhanush, Vijay and Rajinikanth, among others.

According to India Today’s report, Chelladurai was found unconscious in his bathroom and died due to a cardiac arrest.

He moved the audience with his appearance in Theri, where he played the role of a father, searching for his missing daughter. Chelladurai’s performance as a grief-stricken, helpless father who hears about his daughter’s death, was heartbreaking. He is also popular for a scene from the Tamil movie Maari where he is seen along with actors Robo Shankar and Dhanush. The scene is used as a meme template in many social media posts.

Some of his notable performances include his roles in Rajinikanth’s Sivaji and Atlee directorial Raja Rani. He has appeared in supporting roles in over 100 movies. His appearances as a father and grandfather in several films have resonated with audiences, reminding them of their own family members. Fans and members from the film fraternity took to social media to express their sorrowful condolences over Chelladurai’s demise.

Actor Arjunan, who is popular for playing a supporting role in the Kadhalil Sodhappuvadhu Yeppadi, among other films, shared a photo of himself along with the senior actor and condoled Chelladurai’s demise.

Had an opportunity to work with such a senior actor in #TikTikTik .. RIP #Chelladurai thathaa.. pic.twitter.com/SU8RL2z1um

Production house KJR Studios shared a photo of the actor and wrote, “A special actor & a wonderful human, Mr RSG Chelladurai who acted in our films Aramm & Airaa is no more. May his soul rest in peace… #RIP”

A special actor & a wonderful human, Mr RSG Chelladurai who acted in our films Aramm & Airaa is no more. May his soul rest in peace… #RIP pic.twitter.com/o2T0cbNYP3

Popular anchor and presenter Anjana Rangan too expressed her heartfelt condolences. “How many times we have seen this man on screen and felt just like family. How much more pain we have to go thro,” she wrote.

How many times we have seen this man on screen and felt just like family. how much more pain we have to go thro. pic.twitter.com/9TYbIIXWZl

Show us some love and support our journalism by becoming a TNM Member – Click here.

Oscar 2021: Prague Shone in front of Millions During the Ceremony – Prague Morning

How to Buy Movies Online and Watch Them Anywhere – WIRED