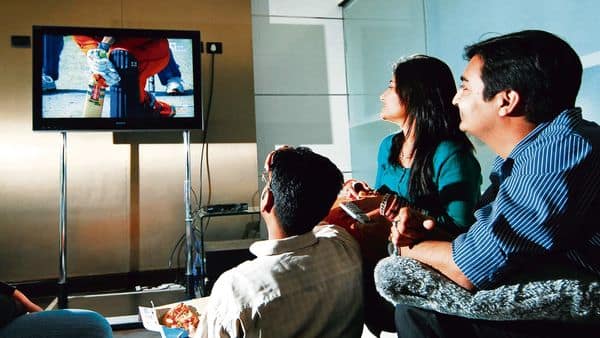 A Bengaluru-based product development manager said seeking anonymity that she has turned to her childhood memories to overcome the emotional distress that she is going through. The 28-year-old, who lost her grandmother last year, is not just keeping a tab on her ageing parents in Patna but also coordinating medication, hospital beds and ambulances for the network she has built on social media. Seeking much-needed distraction, she has turned to streaming platforms to watch films like Dilwale Dulhania Le Jayenge, Home Alone and the Harry Potter series she hadn’t seen in years.

“It keeps my mind off whatever is happening,” she said. Like her, Aisha Roy, a communications executive in Gurugram, is watching light stuff to escape from the distressing reality. She recently binge-watched a series of South Korean romantic comedies, Hollywood flick My Best Friend’s Wedding and a slate of Tom Hanks and Adam Sandler classics.

As the pandemic rages and stress levels spike, audiences are seeking comfort and nostalgia from what they choose to view, turning away from dark or heavy programming. American streaming service Netflix continues to see classic sitcom FRIENDS, first aired in the early 1990s, trend in its top-10 list for India. During the lockdown last year, video streaming service ShemarooMe saw a 50-200% increase in consumption of classics and titles resonating most with families as a group, including Mughal-E-Azam, Pakeezah, Don, Amar Akbar Anthony, Padosan, Hum Hain Rahi Pyar Ke, Beta, Hum Aapke Hain Koun, Dulhe Raja and TV shows like Ye Jo Hai Zindagi and Full Tension.

“It is only so much you can see of death, crime and dystopian worlds,” film critic Bharathi Pradhan said, adding that it’s nice to have interesting stories that families, including children and older adults, can watch together. Streaming platform executives and content creators unanimously agree the pandemic has led to family viewing of streaming platforms, often on large TV screens.

The latest example of the strategy playing out is through mythologies that video streaming platforms are bringing in the hope of capturing eyeballs as Doordarshan did with TV shows Ramayana and Mahabharat last year.

While MX Player has just launched Ramyug, Disney+ Hotstar introduced The Legend of Hanuman a few weeks ago, and Netflix is ready with a prequel to the Baahubali franchise. While platforms and writers swear by the rich diversity of stories Indian mythology throws up, media experts said these are a big change from the crime dramas or thrillers usually available on the web.

“As far as our culture and market go, mythology has always been a deep and useful subject, not just because it intersects with our religious and spiritual beliefs but because these are heroes we look up to,” said Karan Bedi, chief executive of MX Player.

Writer Hardik Mehta said it is easy to intersect the mythological story and present it as either a thriller, a revenge drama, a war piece, a biographical, combine it with history or even make a comedy like Bollywood did with Housefull 4.

A lot of people across age groups have been getting drawn or redrawn to mythology over the past year, said Pulkit Sharma, a clinical psychologist in Puducherry.

“As the pandemic rages on and the health infrastructure crumbles, it gives people some solace or a sense of faith to know there is a higher power that will take care of things,” Sharma said.

“These stories have always been an important part of our content offering and enjoy immense popularity among a large audience base. There is never a right or wrong time for such stories because we believe that they are timeless,” a Disney+ Hotstar spokesperson said.

The strategy to push mythologies seems to be working. Ramyug was the third most viewed show in the Indian streaming space over the past week, with 2.4 million views, according to Ormax, a media consulting firm.

The Legend of Hanuman, on the other hand, was ranked No. 1, notching up 6.6 million views after its launch in late January.

Streaming services said overall traffic has surged with the consumption of old classics as the 40-plus audience segment has grown of late.